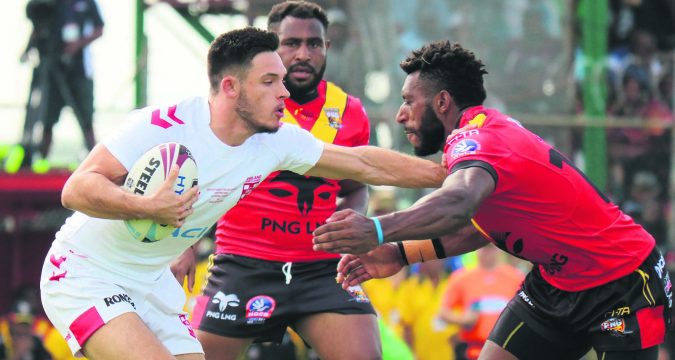 England Knights Head Coach Paul Anderson has made six changes to his 17-man squad to take on Papua New Guinea in the second test in Port Moresby.

The changes mean that all 23 players that travelled to the island will have played at least once.

Dean Hadley, who has returned to the UK due to illness, Niall Evalds, Oliver Holmes, Kruise Leeming, James Batchelor and Brad Fash all drop out of the team.

“It was pleasing to secure that first win and we’re hoping we can do the same this weekend against a tough Kumuls side in Port Moresby,” said Anderson.

“This tour is about providing players with experience and development opportunities as we build towards creating the strongest England side to take part in the Rugby League World Cup 2021 and each player that travelled with us on this tour will return home having had that once in a lifetime opportunity to represent their national side in Papua New Guinea.”