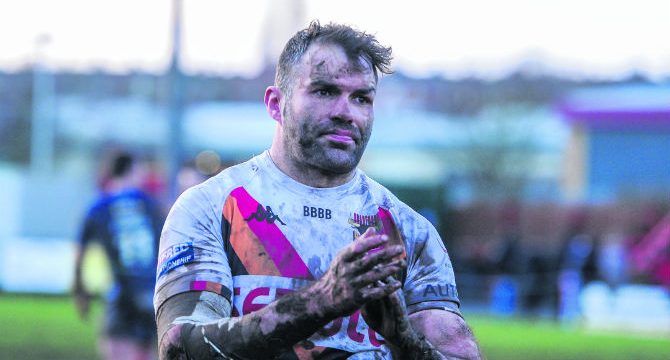 Bradford Bulls are thought to be in with a serious shout of being granted Super League status next year.

Application criteria for the vacant twelfth position in the competition were set out last week, and some observers believe the Bulls will come out on top in the race for the spot.

Six clubs are in the running for the position. Joining the Bulls are Featherstone, Leigh, London, Toulouse and York.

Halifax were also hoping to apply, but the initial criteria set out by Super League required clubs to have an average attendance of 2,000 in the last two years, a figure Fax fell short of.

Super League is keen to have a transparent selection process and the organisation published details of the process and criteria last week.

The documentation reveals that each criterion will carry a different weighting, but it doesn’t disclose what the weightings are.

When quizzed on that part of the document, Super League chief executive Robert Elstone, who will not sit on the seven-man panel, said: “I’ll have to refer you to the panel for that decision.”

When asked specifically about the prospect of the Bulls, Elstone added: “The criteria that’s been set will scrutinise all aspects of the applicants. I want this process to be forward looking, dealing with contributions in 2020. It should only be looking backwards to validate what that club could do moving forward.”

Elstone went on to add that fanbase size would be important.

“One of the key criteria of evaluation will be fanbase,” he said.

“Both in terms of levels of engagement through social media through the community but more importantly how clubs convert into a live audience, season ticket base and match tickets. Looking very carefully at what clubs will bring in those areas will be a big part of the evaluation.”

Bradford attracted the largest attendances in the Championship last season other than, ironically, the excluded Toronto Wolfpack.

Elstone also appeared to cast doubt on Toulouse Olympique’s prospects, citing the ongoing pandemic as a probable issue for the French club.

Elstone was part of the independent report into Toronto that also questioned the commercial success Catalans Dragons had brought to the competition.

“It probably should,” was Elstone’s response when asked if potential travel restrictions would work against Toulouse.

“But we also need to be confident they can get to the start line on day one of the 2021 season. It should be a factor and it should be worth noting the way the Dragons have responded and they’ve been magnificent in the way they’ve rolled their sleeves up and fulfilled their fixtures within the limitations of Covid. There’s no reason why another club can’t do that. It’s a factor that should be considered, but medium to long-term consideration is probably a priority too.

“The evaluation would be similar to Toronto in that locally is it sustainable and successful, but more significantly is it a contributor to the economics of Super League and that would be around sponsors and broadcast revenues. That would be part of the consideration of the Toulouse bid.”
The Bulls, one of only four clubs to win the Super League Grand Final, have endured a torrid history of financial challenges, which saw them liquidated in 2017.

They were relegated to League 1 in 2018 but were promoted at the first time of asking. They started the 2020 season at Dewsbury’s Tetley’s Stadium due to the rising costs of their Odsal home, though chief executive Mark Sawyer is growing increasingly confident that the club will return to their spiritual home next year.