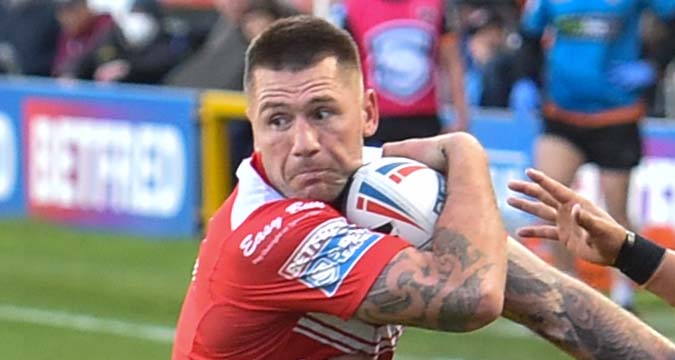 The 33-year-old has been one of the Robins’ most consistent players this year and coach Tony Smith feels that has earned the the former Kiwi-International the his chance to play his rugby in East Hull for another season.

“He leads the way,” said Smith.

“He’s not always at the front of some of the things that we do but he is trying to be, and often he is up in the top group. He has put in everything, and he has been great for us. He applies himself, he’s professional. When he speaks everybody listens because he is so respected, but he is good fun as well.

“I don’t think age is as big a thing as it used to be. For guys who look after themselves and particularly from an early age, you can see that they play well into their mid to late thirties. Shaun has been in that category for most of his career and that enables him to still produce.

“He has really enjoyed moving over to that left edge, and he has played a lot of his career over there. He’s comfortable there but he is aspiring to get better.”

Bouncing back from a difficult initial season with the Robins, Smith feels Kenny-Dowall is warming to Super League after adapting to the change of environment and is beginning to hit his stride over in the UK.

“It was tough for him last year, but I think it’s hard to judge a bloke on what happened last season in the circumstances that were presented to everybody. But particularly somebody who has come across from overseas,” added Smith.

“Not many overseas players know how tough Super League is until they throw themselves into it. It’s a different style, game and sport almost, so I think it’s hard for them to come over to adjust.”