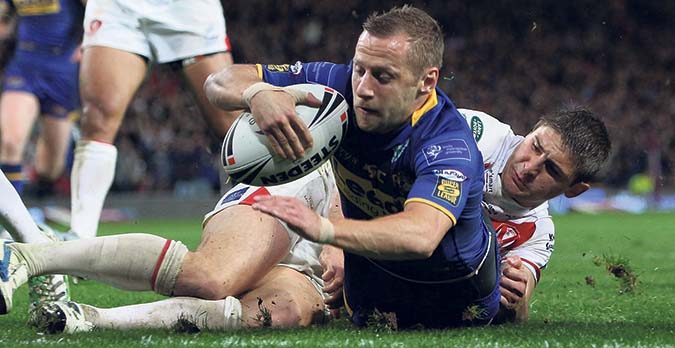 Sky Sports will broadcast a special half-hour programme based on Rob Burrow’s glittering career next Friday.

The documentary titled ‘Rob Burrow: A Magnificent 7’ will be broadcast either side of next week’s Super League Grand Final as a sign of respect for Rob Burrow’s difference-making performances with his sole employer, Leeds Rhinos.

This will be the second documentary based on Rob Burrow, with BBC

Despite his size, Rob is one of the most successful and well-respected players in the competition’s history, having won eight Super League titles and two Challenge Cups across his 17-year professional career.

Burrow has also acquired the Harry Sunderland Trophy for individual efforts and featured in the prestigious Super League Dream Team on three occasions.

In December last year, it was publicly revealed that Burrow had been diagnosed with Motor Neurone Disease (MND), something which the 38-year-old has been fighting ever-since, but his positive and motivational approach towards life has brought the Rugby League community closer than ever before.

The documentary will air on Sky Sports at 6:30pm and 10pm on Friday November 27th.