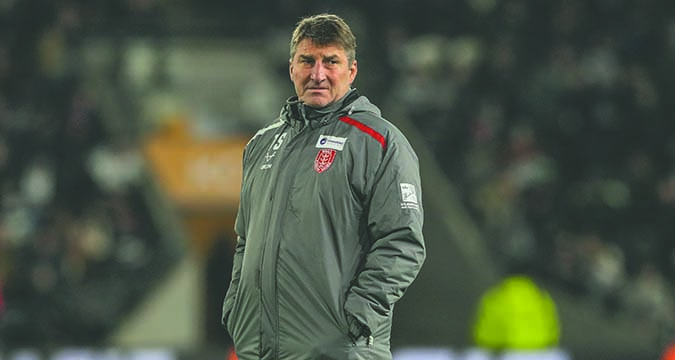 Tony Smith says fans should not read into the club’s squad numbers for the 2021 season as an indicator of their status in the squad.

The Robins revealed their squad numbers earlier this month, with a number of notable changes.

Kane Linnett was given the number 12 shirt, suggesting he will be utilised in the back-row, while newcomer Brad Takairangi was given number 11.

Linnett has spent the majority of his career at centre while Takairangi has previously played in the halves and the outside backs, leaving Smith to hint that those options could still be considered.

“I wouldn’t read too much into the numbers,” he said.

“We play people where we need them to play and at the appropriate time. For instance, will Kane play second-row? That isn’t decided yet. He’ll carry that number, but we just try to put people in appropriate numbers for where they can play and what possibilities may happen.

“Just because you have a smaller number on your back doesn’t mean that you are going to be in that team. We have got a lot of competition for places and people are going to have to earn the right.

“We have to allocate numbers in accordance with the competition rules, but it means very little in terms of assuring players what their roles will be.”