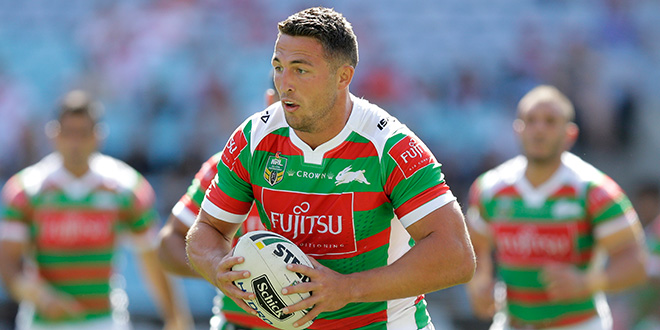 Souths started well after a Nene MacDonald error allowed Hymel Hunt to go in at the corner after quick hands.

They were in again five minutes later. Angus Crichton was fed expertly by Adam Reynolds.

After consistently turning the Dragons away from their line, Reynolds took two points when they were on offer on 32 minutes.

The scores didn’t change until the 59th minute when Reynolds again took two points when Sam Burgess was held down by Cameron McInnes.

Errors were aplenty in the second half. Sam Burgess’ error led to Tyson Frizell charging 90 metres to score and bring the Dragons back into the game.

Reynolds then attempted to get Souths out to a twelve-point lead but the ball cannoned off the post back into Souths’ possession. Seconds later, Reynolds provided the match-clincher for Campbell Graham.

Frizell scored a consolation try with four minutes to go to complete his double. But Greg Inglis had the final say.