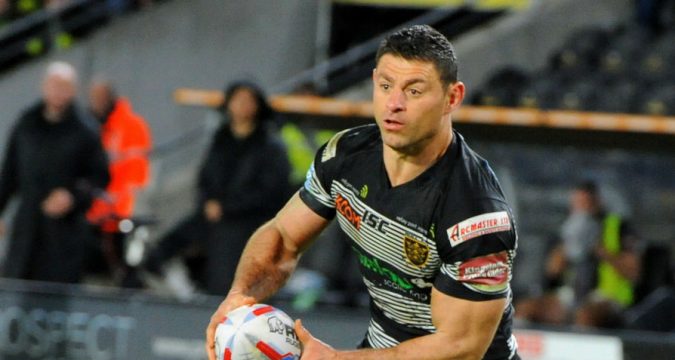 Leeds have left fullback Ashton Golding out of their squad to play St Helens on Friday night. That means a likely recall for Jack Walker, St Helens – in their final game before Ben Barba’s 12-match suspension comes to an end – have made just one change to their 19-man squad. Tommy Lee returns, while Jake Spedding is the one to miss out.

Hull have named a strong squad for their clash against Huddersfield, just a week out from the Challenge Cup final against Wigan. Mark Minichiello returns having missed FC’s last two games – while Jansin Turgut also comes in. Brad Fash and Steve Michaels make way. There is a blow for Huddersfield meanwhile, as captain Leroy Cudjoe is out. Gene Ormsby takes his place.

Young winger Tom Davies misses out for Wigan: Nick Gregson takes his place but Liam Marshall appears likely for a recall. There is good news for Salford as centre Junior Sa’u returns – but Ben Murdoch-Masila is out. Jordan Walne replaces Daniel Murray in Salford’s other change.