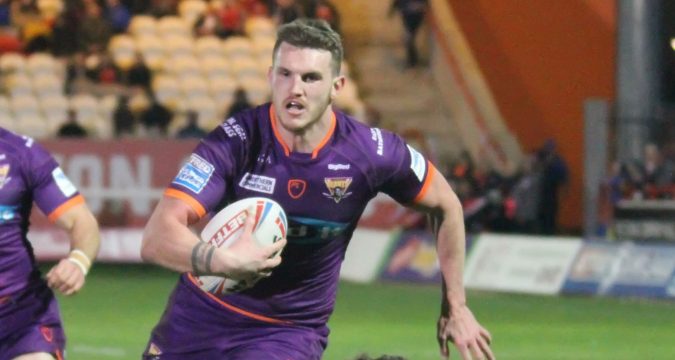 Leeds have made one changes to their 21-man squad to face Hull KR for a second week running.

Brett Ferres returns to the squad in place of Konrad Hurrell, with the Rhinos confirming he missed last week’s game due to being in isolation after Brad Dwyer tested positive for Covid-19.

Meanwhile, Tony Smith has made a stack of changes to his squad after suffering a heavy defeat to the Rhinos last week.

Ryan Brierley returns after a three-game absence through injury. Winger Will Tate is named and could make his debut for the club while Nick Rawsthorne is also in contention for just his second appearance for the club.

Jamie Shaul and Josh Bowden are in line for returns when Hull FC take on Salford.

The pair replace Gareth Ellis and Ben McNamara in the Black and Whites’ squad.

Meanwhile, Andy Ackers and Ollie Roberts could make their Salford returns in the game.

The pair have been named in the 21-man squad, with James Greenwood and Connor Jones dropping out.

Three key men will return for Castleford’s clash with the Giants.

Gareth O’Brien, Jesse Sene-Lefao and Matt Cook are all named in the squad, as well as youngster Jack Sanderson.

Lee Gaskell is set to return for Huddersfield after recovering from a broken thumb.

The halfback hasn’t played since the start of August but is named alongside Oliver Wilson, Dominic Young and Robson Stevens.