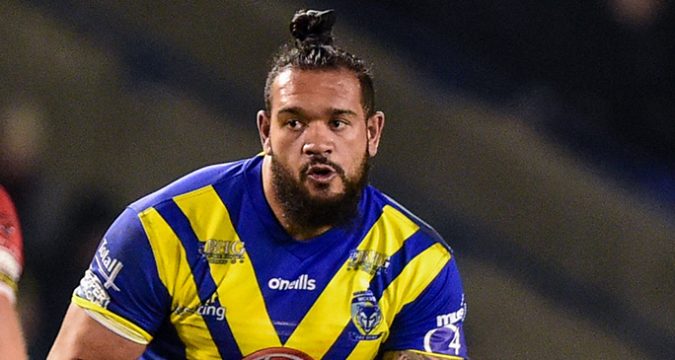 Warrington welcome Ben Murdoch-Masila back from suspension for their game with the Tigers. He comes in alongside youngster Eribe Doro, with Gareth Widdop and Connor Wrench moving out.

Daryl Powell has made two changes with Jesse Sene-Lefao stood down after he was forced to stand down after being in contact with someone who had Covid-19. But James Clare is back after recovering from a neck injury while Lewis Peachey replaces Bailey Hodgson.#

Hull FC will take on Wakefield with a depleted side as seven players from their team last week drop out.

Jamie Shaul, Carlos Tuimavave, Manu Ma’u and Jordan Johnstone are all ruled out through injury while Josh Griffin and Bureta Faraimo have not been risked.

Meanwhile, Ligi Sao is suspended, meaning they join the likes of Marc Sneyd, Scott Taylor, Gareth Ellis and Josh Jones on the sidelines.

Ben Jones-Bishop has been named in the Wakefield squad for the first time this season after overcoming illness.

He joins Alex Walker, Chris Green, Jay Pitts and Liam Kay in the squad who all return from injury, but there’s no Jacob Miller, Kyle Wood, Tinirau Arona or Matty Ashurst.

Youngsters Connor Bailey, Titus Gwaze and Yusuf Aydin all come in, with James Batchelor and Adam Tangata dropping out.