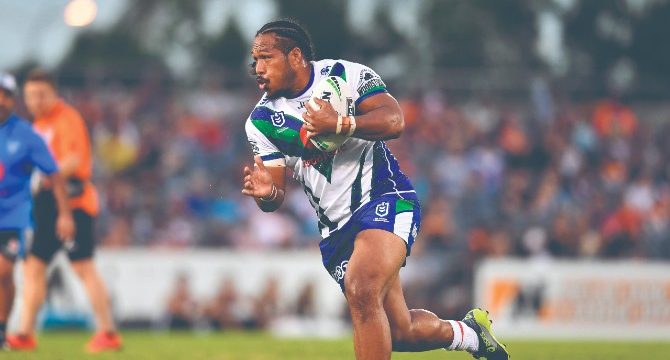 St Helens are on the cusp of signing Tongan powerhouse Agnatius Paasi.

After a long search for a prop which has seen the Super League champions talk to several overseas players, League Express understands Kristian Woolf has finally got his man after Paasi agreed to join the club next year.

The 28-year-old, who has played 107 NRL games, is set to sign a multi-year deal with the club for next season.

Paasi played just six games this season after being one of several New Zealand Warriors players who returned home once the NRL returned pre-Covid.

In the two previous seasons, he missed just two games combined for the Warriors having returned to the club following a three-year stint with Gold Coast Titans, where he made 54 appearances.

Capped by Tonga in 2014, he will hope to make an impression under Woolf ahead of next year’s World Cup, with the Saints chief to lead Tonga into the competition.

Paasi has been linked with a move away from the Warriors throughout the year and Saints have landed his signature, securing their second overseas signing in the process having also signed Manly Sea Eagles back-rower Joel Thompson.

Paasi will act as the long-term replacement to Luke Thompson and arrives after Saints had previously held talks with the likes of James Tamou, John Asiata and Frank Molo.

Thompson made the move to Canterbury earlier this year and while James Graham was brought in to take his spot, the 35-year-old is widely expected to retire at the end of the current campaign.

Even if Graham continues, Jack Ashworth and Kyle Amor are both off-contract and could yet move on at the end of the season.