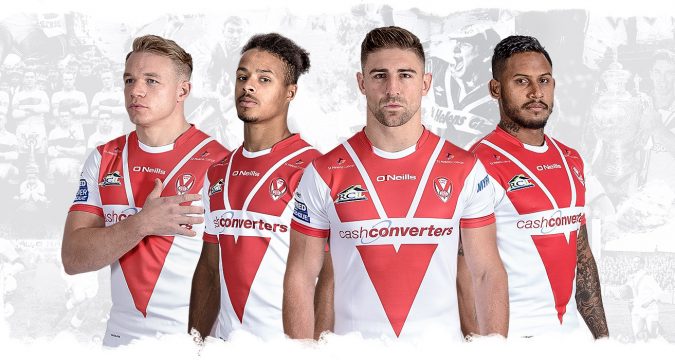 It may only be November, but St Helens have wasted no time in putting together their plans for 2018!

The Saints have announced their squad numbers for the 2018 campaign, as well as revealing a couple of eye-catching kits for the new season.

The headline news concerning the Saints’ squad numbers is that marquee signing Ben Barba will wear the 23 shirt this season – an iconic shirt number in world sport donned by the likes of David Beckham and Michael Jordan in their heyday.

That means England international Jonny Lomax retains the number one shirt he wore throughout 2017, while new signing James Bentley has been given the 24 shirt. Zeb Taia has moved from 36 to 11. Morgan Knowles is now 15, Danny Richardson 18 and Regan Grace 19.

Saints coach Justin Holbrook revealed on Thursday night that he gave Barba the option of taking the number one shirt – but he declined given Lomax’s long service.

He said: “I have said all along that Ben will be our full back and I asked him if he wanted to move to number one from 37.

“But because of the genuine nature of the guy and the length of time Jonny Lomax has been here, he didn’t want him to move. He was happy to take any number and I think that shows his character.

“I could have moved others around but I think you have to probably have to play more than half a year in those positions to earn those numbers. Ben was happy to take any number but 23 is probably one of the most famous sporting numbers in the world.

“Look at LeBron James, Michael Jordan … he is a high profile player here and the number signifies that.”