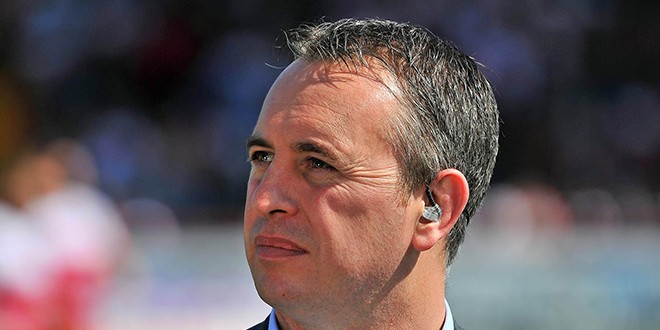 England coach Steve McNamara is confident he will be able to prepare his side to play in the 2014 Four Nations tournament in Australasia, despite the fact that he will be based in Sydney from next month, when he flies out to join Sydney Roosters as an assistant coach to former Catalan Dragons coach Trent Robinson under a two-year contract.

The RFL confirmed at the end of last week that McNamara would undertake both roles simultaneously.

“I have to obtain a work permit and then tie some loose ends up, but I would expect to leave for Australia early in January,” McNamara told League Express.

“The Roosters’ job is a brilliant opportunity to join the reigning Premiers, who will be trying to defend their title.

“I’ve known Trent a long time. I first met him when he was an assistant coach at Newcastle, and then when he was at the Roosters and at the Catalans, and we had a close dialogue about the game all the time.

“He is a tremendous coach, which he proved at the Catalans, and his success in 2013 proved it again. The Roosters had recruited extremely well for the 2013 season, with Michael Jennings, Maloney and Sonny Bill Williams joining them. I had seen how young and virile and ready to perform they were, but it took many people by surprise that they won the competition.

“During the World Cup campaign Trent and his assistant Jason Taylor came to England. They visited Arsenal and West Bromwich Albion, and they came to the England camp at Loughborough. Trent mentioned at that point that he would be interested in having me on board at the Roosters.

“I didn’t want to talk about it much at that stage, but once the World Cup had finished they came back again.

“I will be an assistant coach alongside Jason Taylor and Craig Fitzgibbon, and no doubt the role will evolve.”

And McNamara doesn’t deny that in the longer term he would like a head-coaching role in the NRL.

“I have thought about what the future holds, but you can tie yourself up in knots,” he admitted.

“The job in hand is to work with the Roosters. Where it leads to, we’ll see. But not many English coaches get the chance to coach in the NRL, and I do feel that I have a real point to prove.”

He denies, however, that England’s preparations will suffer without him being based at home.

“It will be a huge benefit to be working in the NRL. But the England programme will continue with the other coaches currently in place, as will the continuity between our youth and our seniors.

“At the moment, there is no mid-season international arranged, but if there is then I will return for it.

“Internationally we will focus on winning the Four Nations next year, because that is the thing that is right in front of us.

“When we looked at the group, all the players in it will still be young enough and fit enough to compete in 2014, even though some of them may not still be here for the next World Cup in 2017.”

And McNamara admits his biggest regret was not to make this year’s World Cup Final, going out of the tournament with an agonising last semi-final defeat to New Zealand.

“I know how emotionally charged we would have been if we’d reached the final,” McNamara added.

“We weren’t beaten up, and we had no injury doubts. The huge crowd at Old Trafford would have been
worth several points to us.

“But in many respects, winning the Four Nations with a limited preparation time will be a bigger feat than winning the World Cup would have been.