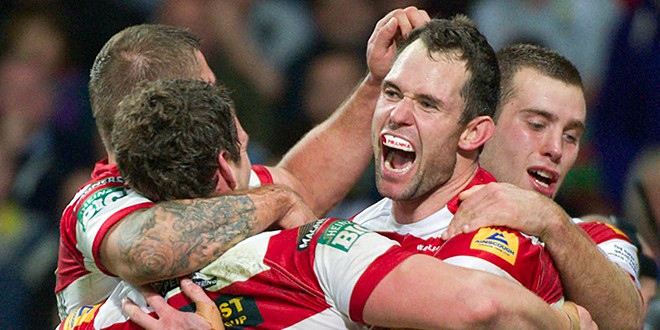 Not that they’ll be needing it, but commiserations to Wigan Warriors, who would have been worthy winners of the Team of the Year award at Sunday’s BBC Sports Personality of the Year ceremony. It was no big surprise they weren’t even mentioned.

Luckily you will still be able to decide whether Wigan have been the club of 2013.

This week we feature our 15th annual readers’ poll, which is your opportunity to have your say on which players and clubs were the best in 2013.

You can also have your say on a number of issues around the game, including the still unresolved matter of exactly what your club will be playing for in 2014.

It might be the end of January at the earliest before some kind of way through the current impasse has been found – and the Super League kicks off on February 7th!

It is probably the most important problem facing our sport and whatever the underlying reasons for it, it leaves the impression of a a sport in free fall.

Happily there have been some more positive developments recently, not least the news that London Broncos will make it to the starting line for 2014. The move to north London could potentially open the door for the Broncos to re-establish themselves as a Super League force, which they were threatening to become in the late 1990s.

But they won’t if the club is managed in the same way it has been for the past few years. We hope the Rugby Football League will be giving them as much assistance as they can to lift them out of mediocrity.

To the RFL’s credit, news that Rugby League was the only team sport to have increased its participation rates over the last year, as measured by Sport England, is very welcome, with the hopeful boost to numbers given by the World Cup still to come.

Alas, while most media outlets chose to focus on the decline of other sports, the fact that Rugby League bucked the trend seemed to be roundly ignored.

You can always rely on League Express to bring you positive stories about Rugby League.

Rugby Leaguer & League Express will be published as normal every Monday during the Christmas and New Year period. And next Monday’s issue will feature our annual brain-teasing Christmas quiz. Christmas wouldn’t be the same without it.