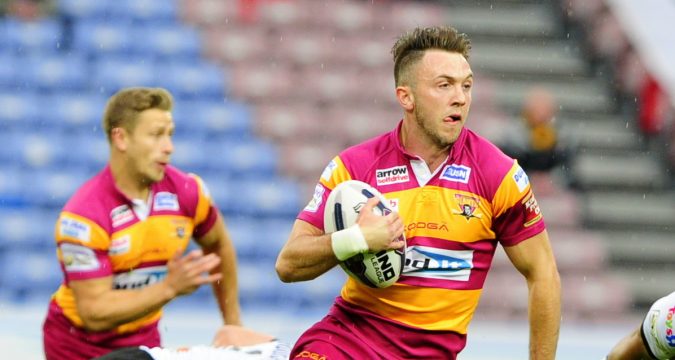 Huddersfield Giants coach Rick Stone admits he has yet to figure out where he plans to play Ryan Brierley moving forward.

Since joining the club from Leigh Centurions earlier this year, Brierley has predominantly been used at full-back, although he has impressed when he has played in his more natural position at halfback.

However, the 24-year-old was not selected in Huddersfield’s 17-man squad for their Qualifiers defeat to Salford on Sunday, with Scott Grix selected at full-back while Danny Brough and Jamie Ellis were given the nod in the halves.

But with Grix picking up a knock in that defeat, and Brough looking at a potential three-match ban for an incident involving Logan Tomkins, Brierley will likely be handed another chance when the Giants take on Featherstone this Sunday.

Where he plays is a different matter, however, with Stone yet to figure out where Brierley will play long-term.

“The thinking right now is probably to stick with the two established blokes in Brough and Ellis at half-back,” he told the Huddersfield Examiner.

“But in the long term I’m not quite sure exactly where Ryan will fit in, to be honest.

“There’s no doubt he’s a very talented young player and evolving talent, and if he does play at full-back he’s still got a lot to learn.

“Having said that, he’s still got a bit to learn in the halves, as well.

“But the good thing is that Ryan’s a good, coachable kid who trains hard and is always prepared to go out of his way to keep learning more.”