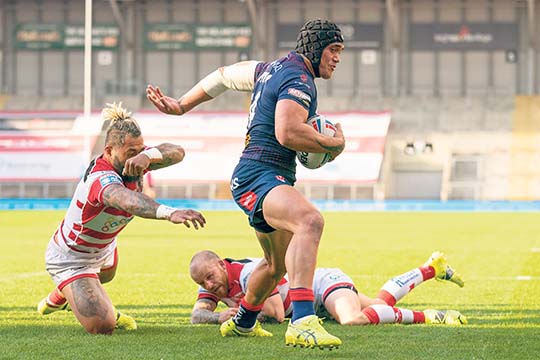 A suspension means the 25-year-old Samoa international will miss the chance of a capital showdown with his elder brother, Castleford centre Peter.

It would have been the first time two brothers had faced each other in a Challenge Cup final since 2004.

That year the Sculthorpe’s – Paul (St Helens) and Danny (Wigan) – were on opposing sides at Cardiff’s Millennium Stadium.

Secondrower Mata’utia is also out of Saints’ follow-up Super League clash at home to Hull KR on Friday week, July 23.

The former Newcastle Knights player was hit with two charges following the Super League win at Wakefield on Friday – and given a one-match ban for each.

Mata’utia, who has also represented Australia, was adjudged to have committed a reckless high tackle in the eighth minute and to have made dangerous contact in the 28th.