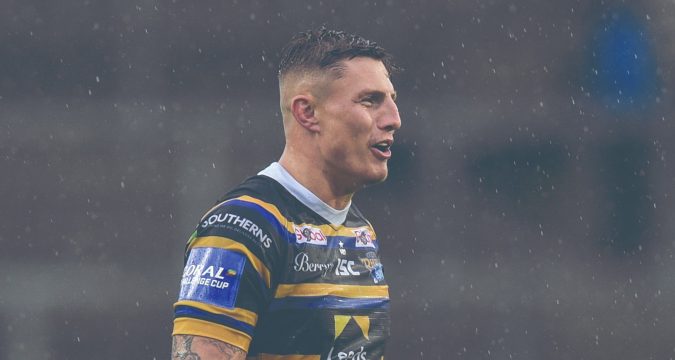 Leeds Rhinos star Liam Sutcliffe is happy to have kicked an eventful 2020 into touch and is looking forward to being at the centre of a bright future in blue and amber.

As any new season approaches, most players would say they want to focus on their rugby and play consistently enough to be a regular in the team.

And that’s particularly true of the 26-year-old, who last year had to deal with injury as well as lockdown, then asked to go on the transfer list after becoming unsettled.

But having felt in July that he might need a change of club, Sutcliffe signed a new three-year contract at Emerald Headingley in mid-February.

Having appeared in a variety of positions since making his debut in 2013, the Leeds-born player was keen to nail down a regular berth among the backs.

He impressed at centre after coming back from a knee injury to feature in twelve games from August onwards.

That run, which yielded five tries, included the Wembley Challenge Cup Final win over Salford, which brought the Rhinos a first trophy since their 2017 Grand Final success.

The desire to win more medals was part of Sutcliffe’s thinking when it came to agreeing to remain at Leeds, for whom he has played 183 times, scoring 58 tries, 258 goals and a field-goal.

“A lot of different things went on last year, and I knew I was at a bit of a crossroads moment in career terms, so needed to make sure I made the right decision,” he explained.

“Part of it was about playing in a certain position, because while being versatile can help you, especially as a young player, it can also hold you back.

“I see myself as a centre, and while I realise there is plenty of competition for a place, I’d like to establish myself there.

“Both (coach) Richard Agar and (director of rugby) Kevin Sinfield spoke to me about how they see my role going forward, and I was pleased with what they said.

“It was good to get the deal signed and my future sorted, and looking at it now, I certainly think I have made the right decision.”