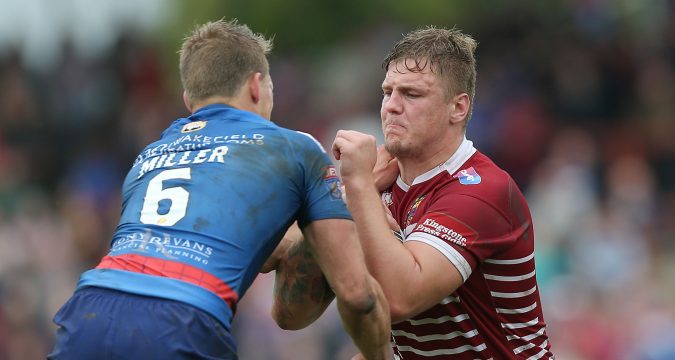 Ryan Sutton has revealed he turned down the chance to play in the NRL.

The 22-year-old admitted the Sydney Roosters had attempted to lure him Down Under ahead of the 2016 season alongside Joe Burgess, who joined the club that year before returning to the Warriors.

The Wigan forward has once again been linked with a move to the NRL, with reports in Australia claiming Newcastle Knights are interested in acquiring his services.

Cronulla have also been linked with the prop while Canberra Raiders are also understood to be long-term admirers of Sutton.

With his contract up at the end of the season, Sutton is set to be a man in demand in the NRL. However, he admitted to TotalRL that he was happy at Wigan, and decided to stay at the club despite having the opportunity to move several years ago.

“I had a chance to go when Joe (Burgess) went,” he said at the club’s media day earlier this year.

“There was a possibility I could have gone there. We were chatting, but I enjoy my time over here and I know to develop at a club like Wigan, it doesn’t get any better than that.

“There was an opportunity there but I wanted to stay at Wigan. It’s a good club and that’s why Dan and Joe have come back. I don’t want to go anywhere else.”