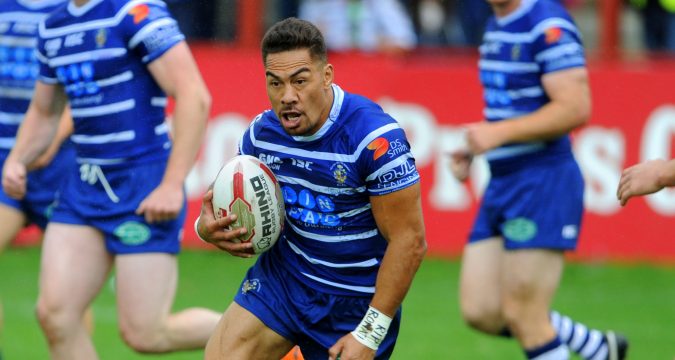 Fev return to league action following their exit from the Challenge Cup at the hands of Leeds Rhinos, looking to open up a three-point gap on fifth-placed Halifax as the race for the Qualifiers heats up.

And Taulapapa believes that tonight’s game in hand for Jon Sharp’s side is the most important of 2017 to date for a side looking to cement their position in the Championship top four.

“Some said the Challenge Cup tie was the biggest game of the year, but I don’t think so,” he said. “I think the biggest one is Wednesday’s game. Swinton are a great team, they one of the best attacking teams in the competition.

“We have got to play well and can’t look ahead to Sunday until after we’ve played tomorrow.

“We have got to take one game at a time. Going to Headingley was always going to be tough and, for sure, we wanted to do as well possible.”

Taulapapa went as far as saying Featherstone cannot afford a slip-up ahead of Sunday’s mouthwatering clash with London Broncos in the capital.

He said: “But let’s face the facts, Wednesday is massive for the club. We simply cannot afford to lose and it will all be on the line.

“A win puts one point behind London in second place and we go there next, in another key fixture.”