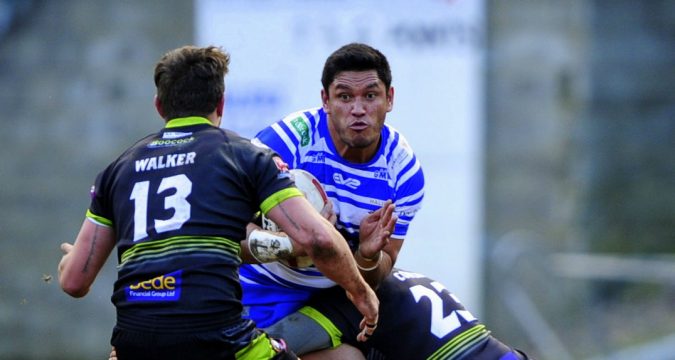 The Cook Islands international made a welcome return to action after two months out with a knee injury in their recent defeat to Catalans, which left Fax still without a win in the Qualifiers after four games.

However, Tangata insists that they still harbour hopes of making the Million Pound Game with three games remaining.

They will have to win their three remaining games to realistically finish fifth, with trips to London and Leigh followed by the visit of Featherstone.

But Tangata believes it remains an achievable goal.

“Our ambition is still the Million Pound Game,” he said.

“And why not, why shouldn’t it be? Everyone’s goal is to get in that game and get up there.

“It would be a highlight for most of our boys. It’s a big occasion, things like that.

“Scott Murrell got Hull KR promoted a few years ago, and that feeling of helping or contributing to that team to get there, nobody can take that away from you I reckon.”