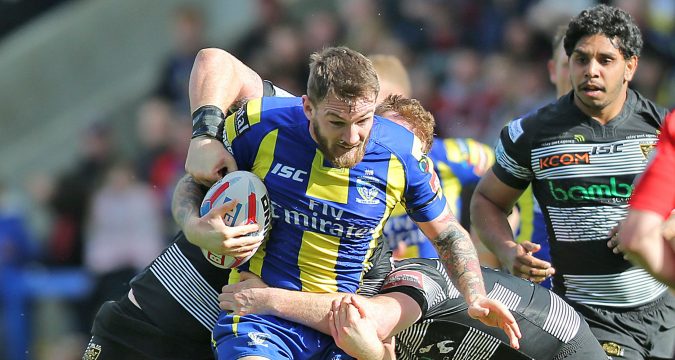 Warrington Wolves will be without Daryl Clark for their Qualifiers clash with Halifax.

The England hooker suffered a knee injury in the defeat to Catalans last week, and although he is expected to return before the end of the Qualifiers, he will not be fit for Saturday’s televised clash.

Jack Johnson replaces him in what is the only change to the 19-man squad.

Meanwhile, Halifax have lost the services of Mitch Cahalane and Will Sharp for the match through injury and suspension respectively.

Cahalane is understood to have picked up a foot injury, while fullback Sharp is suspended. They have been replaced by Ryan Boyle and Chester Butler in the squad. Catalans have named an unchanged side for their clash with Leigh Centurions.

It means Lewis Tierney will likely continue at fullback in the absence of Tony Gigot.

Meanwhile, Leigh have made two changes, with Liam Hood and Danny Tickle missing out, meaning a return for Eloi Pelissier.