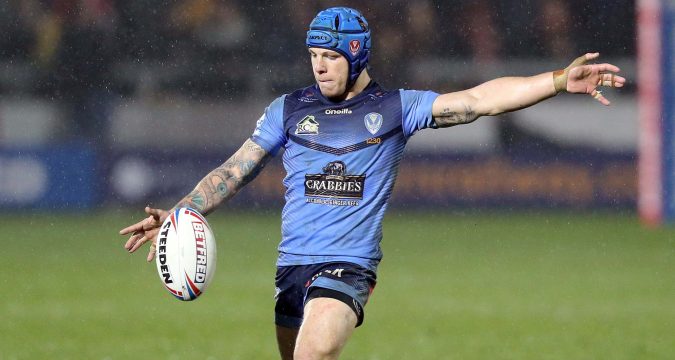 May has arrived, meaning the window for off-contract players to speak to other clubs is here.

Here are ten of the hottest players on the market from within Super League.

Atkin’s stalled contract talks have been well-documented, and the Robins’ inability to get him tied down is going to run into May.
That leaves Rovers in an unwanted position. Atkin’s versatility will make him a desirable pick up for a number of clubs and there will certainly be interest elsewhere.
The Robins will have competition for his services in 2020.

Burgess hasn’t been on the international scene for a few years now but don’t let that fool you.
Injuries have held him back recently, but his return to action this year has seen him score a phenomenal nine tries in seven games.
Still only 24, Burgess is a massive talent, and clubs will come calling quickly.

We’re at May 1st and Theo Fages’ St Helens future still hasn’t been sorted.
As a result, he is comfortably one of the top players landing in the market this month.
Saints fans will be worried, the fact a deal hasn’t been reached will not have gone unnoticed and offers are likely to flood in. After his form this season, there will be clubs desperate to lure him away from Saints.
Will a deal get done? Talks have been ongoing for a while now but still, no deal has been reached. It’s going to be an interesting story to follow. The reigning Lance Todd trophy winner is another high profile man on the market.
It’s interesting that Catalans have left themselves in a position where they may lose him, but when you delve into it, it might be a decision they feel forced on them.
One of the talking points before the season was how Les Dracs would utilise him and Sam Tomkins in the same side. Overall, most would argue it hasn’t quite worked.
Given that Catalans will be up near the cap, could this be a case of the two parties naturally just moving on? Or is there more too it? Hampshire has been great for Wakefield this season but having only signed a new one-year deal last year, you wonder what his intentions are.
Hampshire appears to have found a home at fullback but there are still suggestions he should be utilised in the halves.
Nevertheless, his ability to play across the backline is a massive appeal for many clubs, and as a result, he will not be short of interest. Here we go again.
Jackson Hastings has been a revelation since his move to Salford. He is, undoubtedly, one of the best players in Super League.
The Red Devils managed to keep hold of him last year, will they be able to do the same this time? It’s very, very hard to say. His performances won’t have gone unnoticed in the NRL and there will be many a Super League club interested too.
It’s going to be fascinating. It’s gone under the radar but Josh Jones is off-contract too.
Salford are in a sticky situation this off-season. Rob Lui appears to have already joined Hull KR and there’s potential for him to be joined by Hastings, Jones, Mark Flanagan, Krisnan Inu and many more.
Ian Watson has had to rebuild his Salford side twice already, having to do so again would be cruel.
It could sadly become a reality. Jones will no doubt command interest given his talent and the fact he is still only 25-years-old. Mellor’s stock has risen massively in the last 12 months, emerging as a serious strike weapon at the Giants.
An eye for the try-line due to his excellent runs off the ball, the 24-year-old is likely to garner plenty of interest.
The Giants are keen to tie him down but haven’t managed to just yet. Mellor seems happy at Huddersfield but now May has arrived, you can’t rule out anything.

The writing appears to be on the wall for Minikin.
With no contract sorted and Cheyse Blair on his way to the Tigers, it appears his time with the club is coming to a close.
Talks have been ongoing but the two parties can’t strike a deal. From the outside looking in, it appears that Minkin is worth a certain value on the market, but the Tigers’ squad means he’s not worth that much to them.
Sometimes, that’s just business. Minikin will get a deal elsewhere. Ask all Super League clubs who they’ve been impressed by at London and Alex Walker is usually the first player mentioned.
The Scotland international has impressed in Super League and is suddenly a player of interest to many clubs. With the likes of Tony Gigot and Ryan Hampshire also on the market, there’s potential for a fullback shakeup this season.

Don’t be surprised if Walker is involved in that, though London will have a say in that too, you suspect.