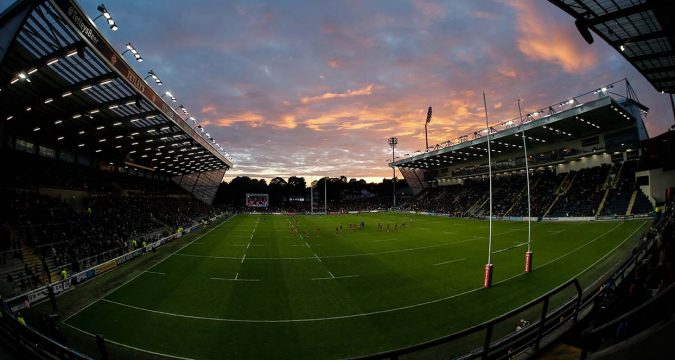 MARTYN SADLER, the editor of League Express, contemplates the chances of Rugby League making a return before the end of summer

Sports face a wait of several weeks from the end of lockdown before they resume, and it could be months more until games can be played in front of crowds.

That seems to be the verdict of scientific experts who are in the know and who were interviewed for an article in the Daily Telegraph recently.

Even if lockdown restrictions were relaxed around the end of May, which in itself is improbable, there would be unlikely to be any professional sport in the UK until late June at the earliest, with potentially no sport in front of crowds until August, according to Professor Rowland Kao, an epidemiologist and data scientist at the University of Edinburgh.

“At the bare minimum, you’d want to wait a few weeks before resuming sport to be sure that restriction removal doesn’t result in any substantial increase in cases,” said the Professor.

“Return to normalcy too quickly and the opportunities for large numbers of cases to occur – either sparked through infectious cases in-country that had been missed, or brought in from overseas – will be high.”

I’m certainly no expert on the coronavirus, but the Professor’s logic seems convincing to me.

And if you add to those comments the need for players to have a mini pre-season to get back into playing shape, then the restart of the season will be pushed even further back.

“Resuming sports with live crowds will remain critical while there is no herd immunity,” said Niki Popper, a disease modeller from Vienna University of Technology.

“Every single infectious person in such a setting could cause new infections which can hardly be traced, therefore causing many new infection clusters which rapidly increase the new infections. Hence, we cannot see any realistic scenario for resuming sport in front of fans before the epidemic is very well under control.”

The RFL is battling heroically to try to get Rugby League back up and running. But I just can’t see the return of matches played in front of crowds until much later in the year, although I hope I’m wrong.

There are plenty of people putting forward optimistic proposals that could see action return, even if it has to be behind closed doors, as Kevin Sinfield and Tony Smith did last week.

But whether their plan has legs or not, I don’t see the point in fooling ourselves about completing the 2020 season in full by the end of this year.

Leeds CEO Gary Hetherington has suggested that we might play three matches per week in order to try to complete the 2020 fixtures, even if they are played behind closed doors.

But that idea has gone down like a lead balloon with some of the other Super League clubs, while Gary’s comment a couple of weeks ago that we shouldn’t allow concerns about player welfare to get in the way of playing three games a week has also stirred up plenty of opposition, particularly from players, as Warrington’s Mike Cooper made clear in League Express last Monday.

So how can we plan for a return to action when we have little idea of when that might happen?

In my view, as I’ve said in this column before, the RFL and Super League should assume that there won’t be any games played until much later in the year.

And if I were in charge of Rugby League now, I would grasp the nettle and plan for a return much later in the year, at a point when we might be reasonably confident that we might be able to return.

So how would we structure the game’s return?

In my view the underlying principle should be that we will run the 2020 season over two years.

In other words, the 2020 season should be continued into 2021, with the current season temporarily put on hold.

But how would we return with a bang?

I think we should plan to re-launch the season on Boxing Day, with some massive derby matches scheduled for that day across all three divisions.

How about a return to action with the programme that should have been played on the recent Easter weekend?

It would be a great way to get back on track and the players would have had plenty of time to prepare for the re-launch.

We could then use the month of January to allow all those clubs that had postponed matches earlier in the year to get back onto a level playing field with their rivals.

It would mean that the Catalans would have three matches in January, and some other clubs would have one or two matches, while some clubs would play none at all in that month.

By February the clubs would, weather allowing, all have played the same number of matches.

The season could then be completed so that the Super League clubs played their 29 league matches, with the Challenge Cup and the play-offs all played in full.

And the real bonus of doing this would be that the 2021 season could finish significantly earlier than it normally would.

The Grand Final could potentially be played at around the end of August, rather than early October.

And that would give the England coach Shaun Wane plenty of time to prepare his squad for the World Cup next year.

The people who run the game and the clubs need to realise how much of a boost Rugby League in this country will get if we can win the World Cup.

So in my view we need to do everything possible in order to help Shaun win it for us.

Unfortunately the clubs will lose plenty of money this year.

But if they are ever to recoup their losses, it will be much easier if they are trying to do so on the back of England winning the World Cup.