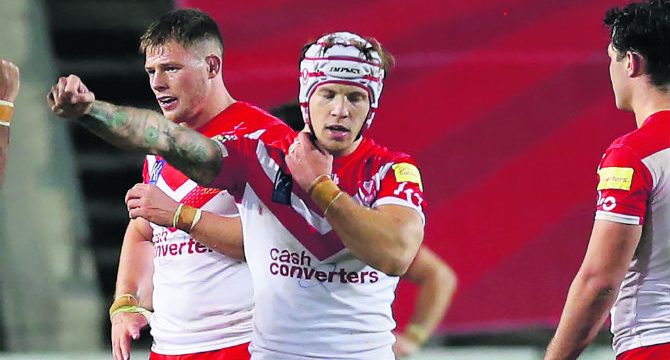 CLUB: Catalans Dragons followed up their 27-10 victory over Hull FC last Monday with a stunning 20-16 win to end St Helens unbeaten record this season at the Stade Gilbert Brutus on Saturday.

PLAYER: Former Hull FC and Hull KR star Albert Kelly on Saturday played his first game in the NRL since 2014 and he guided the Broncos to a shock 34-16 victory over Sydney Roosters at the Sydney Cricket Ground.

TRY: Theo Fages began and ended a superb try for St Helens against Salford last Monday, collecting a kick from Ken Sio deep in his own half and combining with Lachlan Coote and Jack Welsby to touch down for a thrilling score.

STORY: The announcement last week by Leeds Rhinos that Kyle Eastmond was calling an immediate halt to his career, after having only played two games with the Rhinos.

QUOTE: “Bradford Bulls are incredibly shocked, disappointed and perplexed by this morning’s decision not to grant the club an Elite Academy Licence. We are struggling to understand any RFL strategy that apparently prevents young Bradford players playing for Bradford. The decision, if left to stand, is immensely damaging to the sport, the city and the welfare of 90 plus young players and staff. The club has not received any detailed feedback at this stage, so will be reserving our position until that is received, and we have a better understanding as to why the RFL believe an extremely productive line of young talent can be laid to waste.” The reaction of Bradford Bulls to their application for an Elite Academy licence being rejected by the RFL.

TWEET: “I’ve just had to explain to a group of confused and devastated players and staff that a panel of people that they’ve never met and that have never been in our environment have potentially trampled on their dreams. What are you going to do about aftercare please @TheRFL?” Hull KR Academy Head Jason Netherton ((@netherton_jason) reacts to the RFL’s decision to withdraw his club’s Academy licence.

IMAGE: Fans back in Rugby League stadia in England last Monday night for the first time since March 2020.