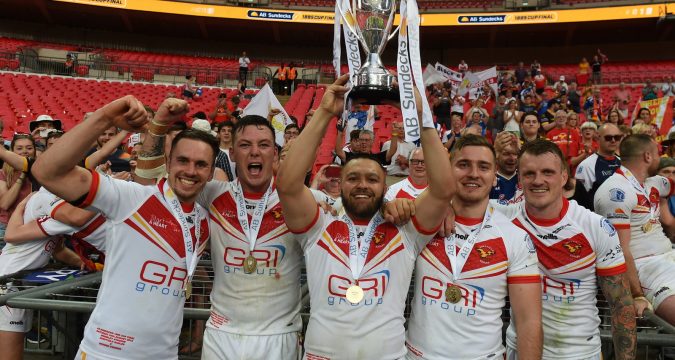 The AB Sundecks 1895 Cup will feature three community clubs after six League 1 teams opted out of the competition.

Hunslet, West Wales and Workington Town have all pulled out of the competition and join Coventry Bears, London Skolars and North Wales Crusaders in not participating in the event.

As a result, the three remaining spots have been taken up by NCL Champions West Hull along with York Acorn and Underbank Rangers, who are still in the Challenge Cup after the fourth round draw.

The three community clubs will enter round one with the five League 1 clubs, with the four winners entering the last 16 stage alongside the Championship clubs in the competition.

Mark Foster, the Chief Commercial Officer of the Rugby Football League, said: “We’ve been delighted by the positive reaction to the announcement of the new kick-off time for the Final of the AB Sundecks 1895 Cup at Wembley Stadium on July 18.”

Last 16 and quarter-final ties will be played midweek, which drew criticism from clubs and fans last year.

Foster said: “We appreciate that playing the second round and the quarter finals in midweek is challenging, especially for players. But before introducing this new competition last year we discussed all options with the clubs and it was agreed that it would be unavoidable given the demands of our other competitions.

“We hope the players and supporters feel that it’s worthwhile for the chance of a trip to Wembley.”