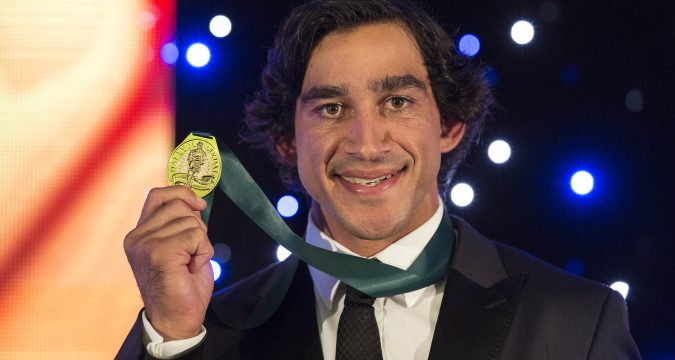 The Test and State of Origin star was given the honour at the Australian Human Rights Commission’s 2017 Human Rights Awards.

“As a game, we are incredibly proud of Johnathan’s achievements,” said Greenberg.

“He is a true ambassador of the game and this latest award is testament that what he does goes well beyond Rugby League.

“On behalf of the game, I congratulate Johnathan on this incredible achievement.”

Thurston, who is the only player to have won the Golden Boot three times, and was recently named the 2018 Queensland Australian of the Year, was lauded for his commitment to improving outcomes for Aboriginal and Torres Strait Islander Australians.

He was also acknowledged for the work he does with NRL Cowboys House, providing support and for Indigenous students from remote Queensland communities.

“We all know that Johnathan is one of the best players in the game but he is building a legacy which is far more powerful than that,” added Greenberg.

“He has Premiership wins, State of Origin series wins, a World Cup, along with numerous individual awards on his list of achievements.

“But a Human Rights Medal truly highlights the person this game is blessed to have as a representative.”