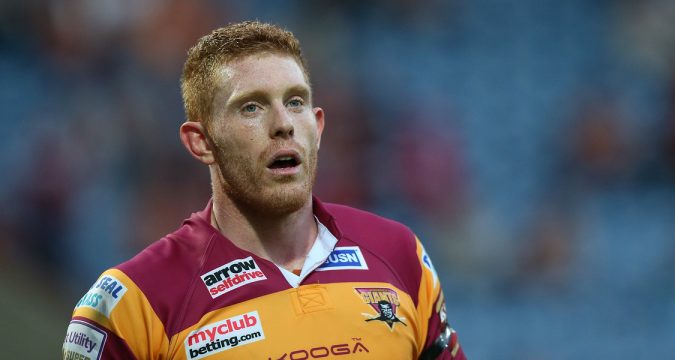 The forward, who was limited to just two appearances throughout the whole of last season, has not played since April due to a problematic knee injury.

However, Giants coach Rick Stone has admitted Symonds could be in the mix to feature against unbeaten Wakefield Trinity on Friday night.

He said: “Tom has been in training this week and with a couple more sessions, who knows?” Stone told reporters at the Giants’ press conference on Tuesday. “We had hoped he would have played at Wakefield (in friendly) before the start of the season, but he had a bit of a setback.

“But if he goes at his best this week then maybe he will be back on the bench at Wakefield.

“He is an important player to us; he brings a bit of experience definitely and some felxibility around that edge. “He’ll hopefully come off the bench if he is right; it’s not quite 12 months since his last game but nearly that so we’ll work him gradually back.

“It has been a frustrating time for Tommy and he is a really integral part of our team that we have missed so if he does play this weekend it will be great to see him out there.”

Snow is falling across West Yorkshire, perhaps impacting on some sides’ preparation for this weekend’s games – but Stone says that isn’t the case for the Giants.

He said: “We have good facilities down at Leeds Road so we use that as much as we can. Whether we get outside or not, we’re not sure, but we’ll see what they’re looking like. I suppose everyone’s in the same boat. We’re playing Wakefield and they aren’t far so I expect they’re dealing with the same sort of scenarios at the moment.”