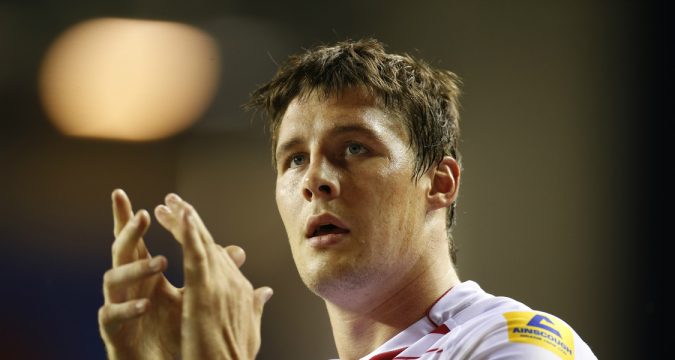 Joel Tomkins admits he has a point to prove to Hull KR and their supporters following his high-profile move to the club – but is confident he can recapture his best form as a Robins player.

Tomkins spoke to the media on Thursday for the first time since leaving Wigan to join Hull KR, following the off-field incident which led to his time at the Warriors coming to an end.

And the forward admits he has to earn the respect of his new team-mates and the Robins fans – but insists he has moved on from the incident with brother Sam that saw him initially suspended by Wigan.

“I suppose I have got a point to prove to Hull KR fans and my fellow players to earn their respect on the field,” he said.

“I haven’t got a point to prove in regards to anything that happened with the incident, the one-off incident, that happened. It was a huge mistake, I’m certainly not proud of it but I’ve hold my hands up, apologised and I can move on from it now.”

Tomkins, who revealed he turned down interest from a number of other Super League clubs to join Hull KR, also said he feels coach Tim Sheens and the ambitions of the Robins in the coming years can help him to rediscover the form he produced for Wigan before he departed for rugby union several years ago.

“Since I’ve come back from union, I’ve had two years where I’ve been hampered by injuries – I’ve had three operations in two years, and it was a bit of a struggle,” he said.

“This year though, I’ve not missed a game through injury and I come into a club where they look after guys at the back end of their career. That was another reason why I decided to come to Hull KR. It’s a long way from Wigan, but I think it’s the club where I can play my best rugby.”