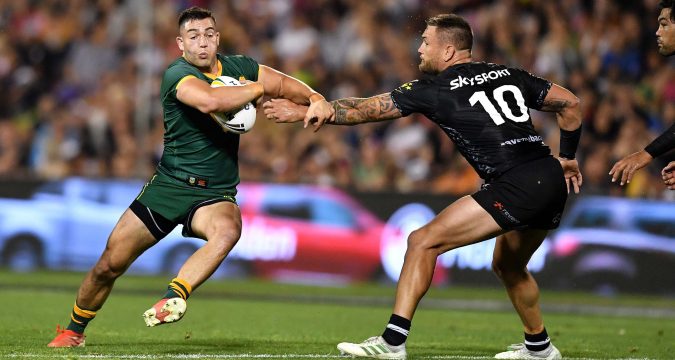 The NRL resumes this week and, due to the current Covid-19 pandemic, negotiations with players at this time will be relatively limited. However, over the coming months, these talks will take place amongst clubs as they aim to prepare for upcoming seasons and with many stars off-contract this year, we thought we’d take a look at ten players who may make the switch to Super League.

At almost two metres tall and weighing over 18 stone, Tamou could be considered one of the most dangerous props in the world. Alike with a few others, James has already briefly played in England, where he played his usual position in North Queensland’s 2016 World Club Challenge decimation of Leeds.

Since switching from Cowboys to Panthers in 2017, the 31-year-old has practically been ever-present at his current club, playing an average of 26 games per season. Despite his firepower, these times have been tough for Penrith, with just two finals appearances in total, meaning a move elsewhere may arise.

As recently revealed exclusively in League Express, James is on the Kristian Woolf’s radar as a high-profile replacement for Luke Thompson, who announced his departure to Canterbury ahead of next season. Saints did not make a single signing this off-season and do have cap space readily available, meaning Woolf can recruit big-name players.

Joining Canberra at just 18, Cotric shone in NRL’s Under-20s division and, in his inaugural year, earned his place within the Team of the Year, before playing for Australian Schoolboys. In 2017, Nick made his NRL debut in a season which culminated in two awards, both for Rookie of the Year with club and competition respectively. Cotric became more adaptable the following year, cementing his place at both full-back and wing, and featured at 18th man in New South Wales’ side, ahead of experienced names such as Blake Ferguson and Josh Dugan,  thus proving his rise to stardom, and went on to finish the season ever-present with Canberra.

2019 boosted his career further, largely down to Canberra’s success, which saw them reach an NRL Grand Final for the first time in 25 years. As a result of this experience, Cotric increased his skillset substantially and would be a valuable asset with any Super League side. 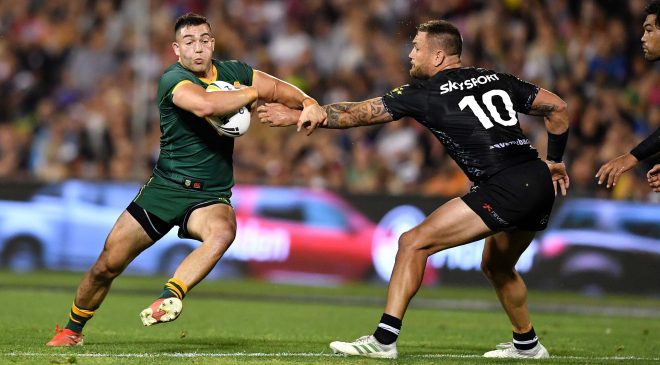 Since the age of six, Katoa has lived in Sydney and initially joined Cronulla’s youth-team aged 18, bursting onto the scene with 44 tries in 49 matches, a record which saw him awarded a place in 2017’s Holden Cup Team of the Year.

Therefore, he quickly was signed onto a full-time deal with Cronulla’s first-team, where he impressed in pre-season trials and was instantly handed a debut on the wing ahead of Edrick Lee and Aaron Gray, but left the field with a suspected broken jaw that halted the rest of his season.

In fact, since this injury, the majority of his game-time has been spent with Cronulla’s feeder side Newton, where he participated in their NSW Canterbury Cup and NRL State Championship victories. As a powerful and fast winger, Katoa would be hot property within Super League and could challenge the likes of Matty Ashton as the fastest player in the league.

At 35, Benji is now the second oldest player in the NRL but acts contrary to this with his flamboyant attack, including no-look passes and sidesteps, which still continue to dis-integrate defences on a game-by-game basis. He’s on his second spell with West Tigers, whom he began his career with back in 2003, but is currently off-contract from 2021 and beyond. 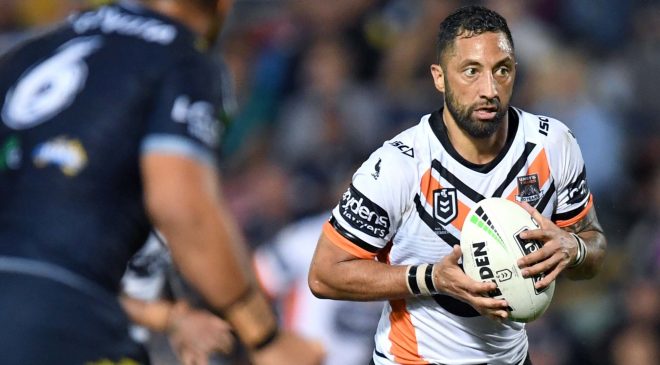 As an established five-eighth, who has both won and been nominated for Dally M half-back awards previously, Marshall could easily tear Super League apart with his innovation and flick passes alone, which seem to play significant parts on his day-to-day role, but his international accolades solidify this statement.

After being awarded the prestigious Golden Boot Award by Rugby League World back in 2010, the New Zealander has evolved internationally and now holds 22 matches as Kiwi captain, the most in his nation’s history. Speaking about Marshall’s passion, Bennett explained last year; ‘They all get older but they don’t lose their skill level, they don’t lose their commitment’

Furthermore, League Express revealed that Benji has been offered to a number of Super League clubs due to salary cap issues with his current club, West Tigers, meaning he may be on his way over sooner than we could ever imagine.

We have recently seen two high-profile stalwarts, James Maloney and Greg Inglis, make the switch to Super League and Adam Blair could follow suit. Blair is one of the biggest names in the NRL and, having already played in England with his national side, New Zealand, most recently at Anfield, is the most-capped player on this list with 54, a number which has only been beaten for his nation by Ruben Wiki. Blair has also partaken in three Four Nations tournaments, as well as two Rugby League World Cups, where he played all 10 games, and three Anzac Tests. 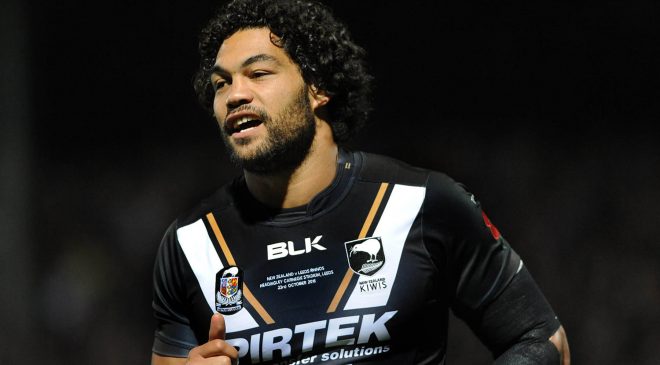 Furthermore, Adam is the most experienced name on this list with 313 NRL appearances, and has participated in four Grand Finals, one of which ended in triumph. However, his current deal with New Zealand Warriors is estimated to be worth around $800000 per season (approx. £425000), making him a marquee signing for Super League clubs.

Since this victory over Leeds, Melbourne’s stature has evolved to new heights and Bromwich has fully been apart of this incredible decade, which has included two major premierships and two additional World Club Challenge victories, but was awarded for his impeccable individual efforts in 2016 with a Dally M award for Prop of the Year.

However, mentioned, Jesse may not want to leave his brother behind at Melbourne, meaning they may want to go to Super League together but this could be a problem as Kenny is already contracted until 2022.

As a home-state star, Kyle Feldt’s career quickly rocketed to success, with an appearance in Queensland’s Under-16 and Under-18 teams, before enduring his career so far with a single club, North Queensland, and so far has accumulated over a century of appearances, including a visit to Leeds in 2016, where he played on the wing alongside James Tamou, whom we will expand on shortly.

Feldt has genuinely experienced every emotion within his Grand Finals alone, from his missed conversion on the full-time hooter causing their heart-breaking extra-time loss to New Zealand in 2011, to Thurston’s premiership-winning field goal in a pulsating and unimaginable triumph over local rivals Brisbane in 2015.

The 28-year-old has scored a number of sensational efforts and was heavily commended in the Dally M ceremony, a yearly awards event named after Dally Messenger, a man who is widely regarded as one the greatest-ever players in either code, after receiving the award for Try of the Year back in 2017. Therefore, he could become the most prolific finisher in Super League should he sign between now and November. 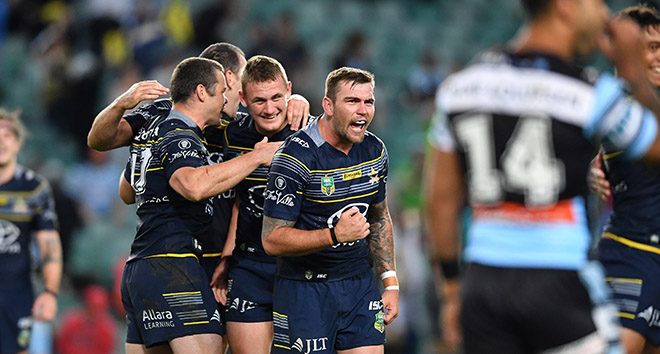 Despite holding no Dally M awards or finals appearances, Malakai could be one of the most dangerous players in Super League under the correct coach and is beginning to gain a profile for his adaptability and versatility on the field.

His top-tier debut with Penrith took place aged 26, significantly later than anyone else on this list, where his selection came after Matt Moylan, Peta Hiku and Waqa Blake were all prevented from performing due to disciplinary reasons.

After just one game, Zelezniak seeked pastures new and decided to sign with Wests Tigers, where he received high praise from his coach, Ivan Cleary, during his 25 appearances before his return back to the Panthers. Although, in a disappointing 10th place finish for Penrith, Malakai experienced game-time limited to just four games, meaning a move elsewhere could be likely when his contract finishes in November.

Many of us will recognise this name as the person who spent twelve successful years with Leeds, where he accumulated over 325 appearances, which includes eleven major finals, and amassed 231 tries in total, including a famous interception which broke Huddersfield hearts back in 2016.

Hall wanted a change of scenery ahead of 2019 and was offered a contract with Sydney Roosters but, since making his debut in Round Ten against Brisbane, has found his game-time limited to just six games, inclusive of his appearance with North Sydney in Eastern Suburbs.

Leeds currently have two impactful wingers in the form of Tom Briscoe, though off-contract this year, and Ash Handley meaning Ryan Hall may not be needed at the moment. However, he is one of the most powerful flankers in Super League and would be desired by a number of clubs should his current contract not be renewed.

New Zealand’s Isaac Luke is currently tied to just a one-year deal at St George, having held past experiences with South Sydney and, more locally, the Warriors. Intriguingly, Luke has already played with Sonny Bill Williams at junior level for Canterbury-Bankstown, and has a familiar name, Rangi Chase, as his cousin.

At 32, Luke is a member of New Zealand’s World Cup-winning side that defeated Australia back in 2008 and was considered one of the most captivating players throughout this tournament. However, he missed out on Souths’ premiership victory in 2014 due to being suspended for a dangerous tackle on his former teammate, Sonny Bill Williams, in their preliminary final win over Sydney Roosters.

In terms of hookers, Leeds’ Brad Dwyer and Wigan’s Sam Powell are both off-contract within Super League and have yet to been offered new deals. However, Wigan do not any marquee quotas remaining due to Hastings and George Burgess, but Leeds do have a quota spot remaining after Merrin’s recent departure.