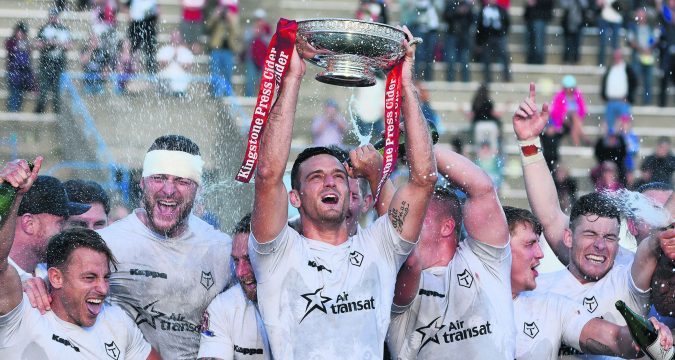 Leigh Centurions have pulled off another significant piece of business ahead of the new season, with the signing of Toronto captain Craig Hall on a two-year deal.

Hall, who captained the Wolfpack in their inaugural season as a professional club, will join the Centurions until at least the end of the 2019 season.

The 29-year-old has significant experience in Super League, and coach Neil Jukes admits he is delighted to tie down the former Hull KR and Wakefield utility.

“We’re delighted to have secured Craig’s services for the next two years. Craig comes with a wealth of experience and leadership qualities,” Jukes said.

“His durability in his career to date has given him a wide range of knowledge and skill set to play extremely well in pretty much every back line position, including the halves. His point scoring record reinforces that.

“He will start immediately with the boys this week and hit the ground running as our preparations for 2018 commence.”

Toronto Wolfpack coach Paul Rowley revealed that Hall opted to leave the Canadian side for family reasons, and that they refused to stand in his way of doing so.

He said: “Craig has asked for a release for family reasons and we will always listen to our players in that situation.

“This will be a challenging season for us in 2018 and we need a squad fully committed to the cause, so although disappointing to lose Craig in these circumstances we will move on with our fantastic squad of players.”