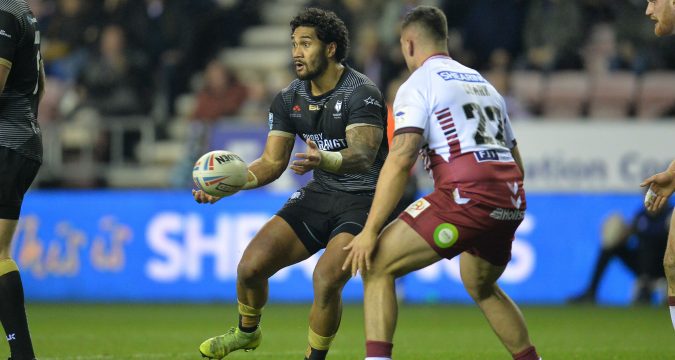 Toronto Wolfpack earned their first win since January after a convincing 18-0 victory over a lackluster Giants side.

Toronto, the only remaining side without Super League points, opened their Challenge Cup campaign firing on all cylinders, holding a significant 16-point advantage by half-time. Ricky Leutele jinked his way through the Giants line twice in the opening ten minutes, with Gareth O’Brien adding both conversions, before later adding two penalties gifted by the hosts’ ill-discipline.

The Wolfpack replicated their first-half performance for the subsequent 15 minutes following the interval, causing numerous errors, but the Giants were able to stand firm. Momentum swung into Huddersfield’s favour after 50 minutes, applying pressure multiple times and earning multiple repeat sets, but poor last tackle execution prevented them from breaching the Toronto line.

As weather worsened, so did the Giants’ night, as Gareth O’Brien booted over a penalty with around 15 minutes remaining. Transatlantic Toronto attempted to cap off an impressive performance, but failed to cross in the final quarter.

A full match report from this fixture will be available in Monday’s edition of League Express.