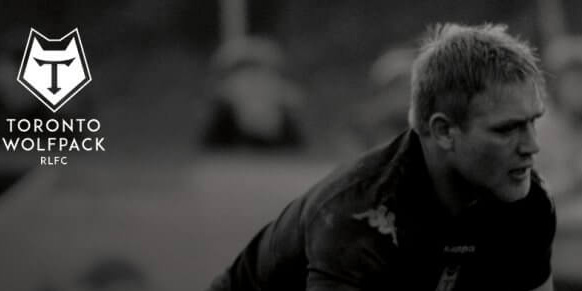 Bain is the latest player to earn a contract following the club’s tryouts at the end of last year and was one of the 18 players selected to come to the UK. During his time with the Wolfpack, he was named man of the match in the club’s 28-26 victory over Brighouse Rangers.

“He worked really hard to prove to us that he has what it takes to contribute to the squad, and it’s even better that he is a native of Ontario. Chad is the first Ontario domestic player to be signed by the Wolfpack, and is a perfect example of the growth of Rugby League in this province. We are eager to grow the sport in our region, and it’s players like Chad who are helping us lead the way” stated

Brian Noble, the club’s director of rugby added: “I’m so thrilled that Chad is continuing his rugby career with the Wolfpack, he is joining an elite programme with elite players and thoroughly deserves his place at the top table.

“Throughout the trials he has excelled at overcoming obstacles put in his way, and like his playing style he has smashed them out of the way! Well done Chad! Now the hard work begins.”