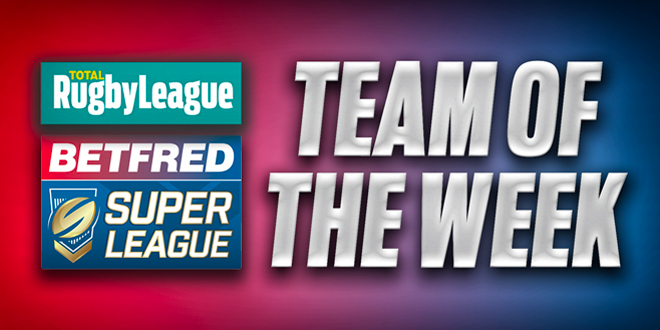 The Hull fullback has been in great form recently, and although he was on the losing side, he still proved to be a thorn in Leeds’ side.

With almost 150 metres gained plus a couple of breaks, Shaul had a strong game. Defensively he came up with eight tackles at the back, missing none.

McGillvary is so often the finisher, but on Friday he was the provider with assists for Lee Gaskell and Leroy Cudjoe.

He was a constant threat, made an astonishing 208 metres and one incredible break.

It was a strong performance from the centre, who got on the scoreboard too.

One of the competition’s standout stars was at it again on Sunday.

He scored 22 points in this game, kicking nine goals and scoring one himself.

Hall celebrated his 250th career try in style with a superb performance.

He produced an acrobatic finish to score and made a stack of metres with his strong returns.

Give Danny Brough territory and he will punish you.

Leigh understand that much better now after the Giants star kicked them to death.

He was involved in all but one of their tries and produced a 40/20.

Fifita, at his best, is unstoppable.

Unfortunately for Widnes, he was at his best on Friday.

He’s proven to be an outstanding signing.

Clark was, as ever, a handful on Thursday as Warrington overcame Wigan.

The hooker was dangerous around the ruck and caused problems all evening.

Garbutt helped Leeds win the forwards battle against Hull with some strong carries and defence.

An understated member of the Leeds team, but his importance has heightened following Keith Galloway’s injury.

It took Currie no time at all to rediscover his undoubted talent after ten months out.

Hauraki was on the losing team, but with 45 tackles and almost 80 metres made, the back-row deserves great credit for his display.

Hinchcliffe has been in magnificent form recently, that continued in this game.

Since his move to loose-forward he has been superb and greatly benefitted the Giants’ cause.