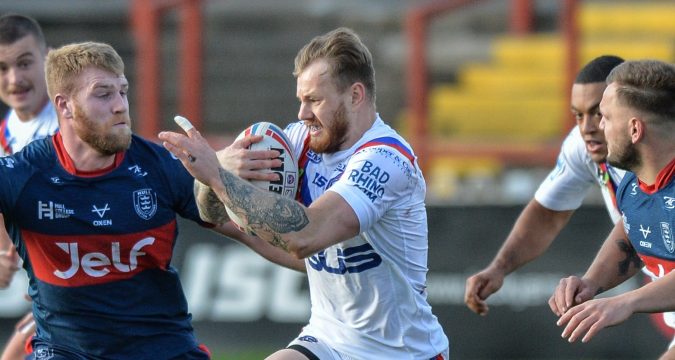 Struggling Wakefield Trinity will be without star winger Tom Johnstone until at least the middle of next month after he suffered a succession of head knocks.

The 25-year-old England international was concussed in successive games, against Wigan and in the Challenge Cup defeat by Catalans.

He missed Friday’s 34-6 setback at St Helens, which was second-bottom Trinity’s fourth defeat in four in all competitions this year.

“Both times he’s not been great in the dressing room.

“He has to go to see a specialist. There is a scan and a test that he has to get done and we’ll be medically led.

“It’s disappointing for Tom because he’s started the season really well and he’s obviously in Shaun Wane’s thoughts (for the World Cup).”

Johnstone, who has also been troubled by knee injuries in the past, has scored two tries in as many Super League appearances this year, having totalled 69 in 86 between 2015-20.

The 31-year-old frontrower, the twin brother of Trinity prop David, has 18 months left on his contract with NRL side Cronulla, but is out of favour a present.

“We’ve had a couple of discussions,” said Chester.

“We’re a million miles off at the minute. If it happens, then great, if not we’ll look elsewhere. The budget is there and so is cap space to bring in someone else.

“It would be a big boost to the fans and the club and it would bring the best out in Dave. He will add some great value to this club, both on the field and off it.”