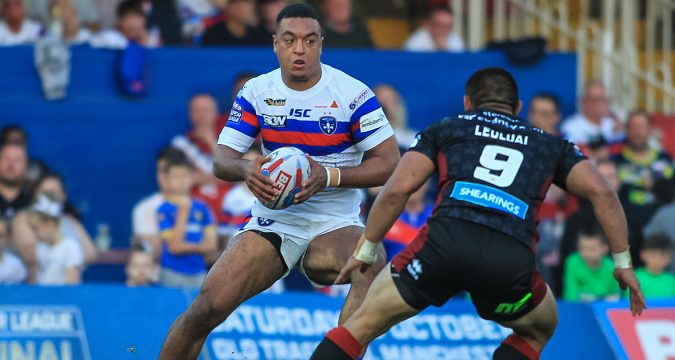 Tupou, who enjoyed an incredible 2018 that saw him named in the Dream Team, has agreed to stay with the club until the end of 2022.

Meanwhile, 26-year-old Lyne has extended his stay until the end of 2024 after a string of recent performances.

Both have seen their stock rise considerably during their time of the club. Tupou was Super League’s top metre-maker last season while Lyne was called up to the England Elite Squad.

“I’m very happy to be extending my stay here at the club,” says Tupou.

“The team is growing in confidence and getting stronger year by year. I’m just looking forward to hopefully getting a bit of silverware in the next few years for the club.”

Tupou added: “I’m over the moon to get the deal signed.”

“It was a pretty straight forward decision. I love the club and the fans have been brilliant during my time here too. I’m determined to play a part in bringing a trophy to this great club in my time here. I class this club as my home.”

Trinity Head Coach, Chris Chester, added: “It’s great news for the club that both Bill and Reece have signed new contracts. They’re both a massive part of the squad and have been getting better and better each season. They’ve been reaping the rewards for their performances over the years, with Reece getting in the England squad and Bill being selected for the dream team.

“Bill was in devastating form before his injury and we’re really pleased we’ve now got him back. To have them both commit their futures to the club is excellent news.”