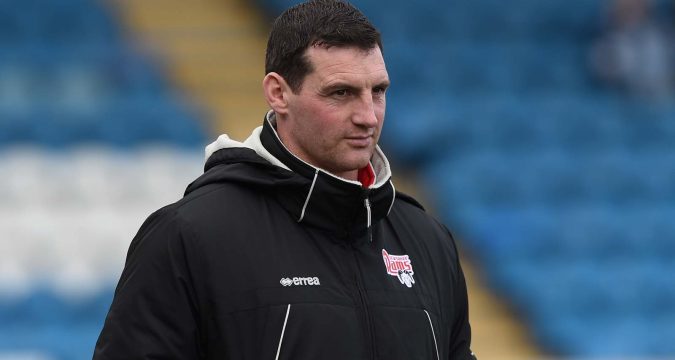 Dewsbury Rams got their season up and running with a surprise 18-16 win over Halifax.

Andy Gabriel’s try 15 minutes from time was enough for the Rams, who punished an ill-disciplined Fax side to win the game.

Paul Sykes had kicked three penalty goals in a fiery first-half that saw both teams received red cards as Dom Speakman and Scott Grix were sent off for fighting.

That had followed two sin-binnings for Fax, after Kevin Larroyer and Ed Barber were both issued yellow cards.

But Fax responded well after half-time and tries from Scott Murrell and debutant Jodie Broughton gave them a 12-6 lead.

However, Fax were left to rue another mistake as they failed to retrieve the restart, which Dewsbury scored from as Hull KR’s Matty Gee powered over.

Fax hit the lead again as Broughton scored in the corner, but Woodburn-Hall missed the conversion and then failed to deal with a kick in-goal eight minutes later, which allowed Gabriel to pounce.