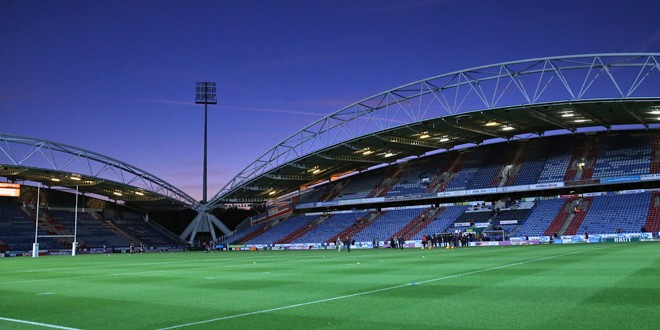 Huddersfield forward Tyler Dickinson has agreed a new two-year contract with the club until the end of the 2019 season.

The 21-year-old has forced his way into Rick Stone’s first-team this season, and the Australian has now rewarded him with a new deal to continue his stay at the Giants.

And the forward admits like he believes he is finally starting to make an impact following a prolonged period of hard work.

He said: “It’s taken a lot of hard work to get to this point, but it finally feels like it’s paying off. To have an extra two years with the club and a bit of stability will give me the scope to work even harder to progress my career.

“My hopes are to continue and build on my nine appearances to date. I feel I’ve shown progression in those games and I think my last one against Hull was probably the best that I’ve played so I need to sustain that level, look to better it and hold down a regular spot in the side over the next couple of years.”

“Rick Stone has definitely been a big influence. He’s taken me under his wing and given me a few pointers, with the little things to improve my game. It’s brought me on massively with a coach showing faith in me, and as a younger squad member, I think that’s the most important thing, for a coach to have confidence in you.

Stone admitted he was pleased to see Dickinson sign his new contract, and believes he has a bright future at the club.

“Tyler is a good young front rower, he’s only 21 and hasn’t played a heap of games but he’s shown he’s got plenty of potential, especially in the recent Hull match,” Stone said.

“He’s showing every week how he’s understanding to be a professional. He’s been in the full-time squad for a number of years and at 21 he’s still a young man. He’s played some really good games for us and he’s gaining confidence and wanting more time. Nathan Mason and Daniel Smith are also fighting for those positions and it’s going to be really competitive.

“Physically, Tyler is progressing well and he knows now what it takes to be a first team player. He’ll get there and be a regular at some stage but patience is the key thing. Sometimes it’s two steps forward and one back but we need to put belief in Tyler that he is good enough.”