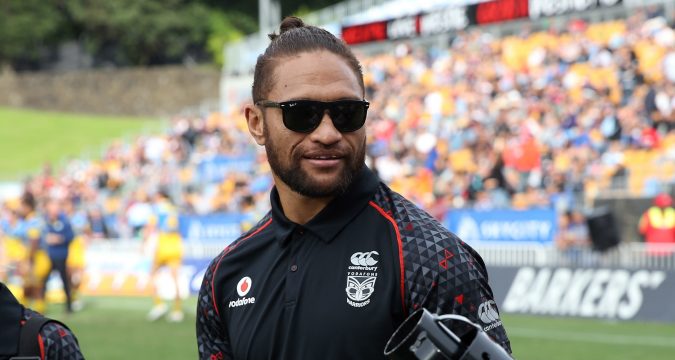 Manu Vatuvei believes the opportunity to join Salford was perfect time for him in his career.

The Red Devils confirmed the capture of the 31-year-old on Monday on an 18-month contract.

Dubbed ‘The Beast’, Vatuvei has struggled for game time at the Warriors this year and was granted a release from his contract.

Speaking for the first time since his move, Vatuvei admitted it was time for a new challenge.

“The opportunity to join Salford has come at exactly the right time for me,” he told the club’s official website.

“I am ready for this new challenge and chapter. The Warriors have done a lot for me and my family but when the chance came up to head over to Super League I wanted to take it.

“(Warriors coach) Stephen Kearney knows Marwan well and we spoke a bit about him and what he’s doing at Salford. To be honest, I’m aware of Super League but I only really watch a few games where I know some of the players I used to play with are playing, but I know it’s an exciting, different kind of comp and I just want to experience it.”

He continued: “I talked with Ian on the phone a few weeks back when this all started happening and he wanted to know how I would cope being away from my family. The Warriors are a huge family-orientated club and I know Salford are too so that will make things easier.

“I am looking for a fresh start and to do my best and I have challenged myself to do that.”