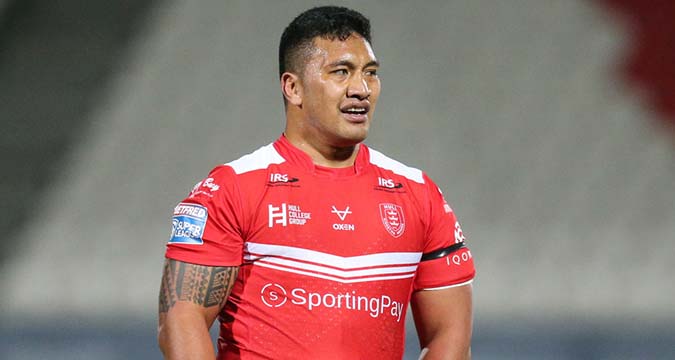 A Covid outbreak in the camp led to the postponement of Friday’s home Super League clash with St Helens, the forthcoming home derby clash against Hull on Thursday and away game against Catalans the following Monday, July 5.

Now Rovers next scheduled match is on Sunday, July 11 against Warrington at Hull College Craven Park, which will stage the rearranged derby four days later on Thursday, July 15.

Smith’s side have recorded four wins in their last five matches and have a 100 per cent record in league games on home turf this year.

Huddersfield, Leeds, Leigh and Salford have been seen off so far (Rovers’ opening-round ‘home’ defeat by Catalans was at Headingley).

Tonga international prop Vete made his comeback after missing five matches due to hamstring and thigh problems in the 18-8 win at Wigan last time out.

It was his fifth appearance since arriving from Melbourne Storm on a two-year deal ahead of this season.

The Auckland-born 28-year-old began his career at New Zealand Warriors, where he played 46 games. He moved to Melbourne in 2018 and made eight appearances, including six in the 2020 NRL title-winning campaign.

“He was solid against Wigan,” said Smith.

“I thought he tried really hard whilst he was on there. He’s going to have some big impacts over the coming weeks as he gets fitter and more match fit.

“He’s been working really hard but as every player will tell you, no matter how hard you work in training it’s not the same as playing a game.

“It was good to have a fresh body there and he certainly played his part. The big middles all worked really hard and played their part.”

Rovers, who are targeting a first derby success since June 2019, when they won 18-10 at Craven Park, have agreed a two-year contract extension with second rower Luis Johnson.

The 22-year-old was signed from Warrington on a one-year deal ahead of this season, having had a loan spell at the club in 2019.

“I’ve wanted this to happen ever since I joined the club in pre-season. I’ve loved working with Tony and the rest of the coaches,” he said.

Mainly a prop at Warrington, Johnson has taken well to his shift out wide, and added: “At first I was a little nervous because I haven’t played there since the Academy, but I feel I’m finding my form again and there’s still plenty more to come.”