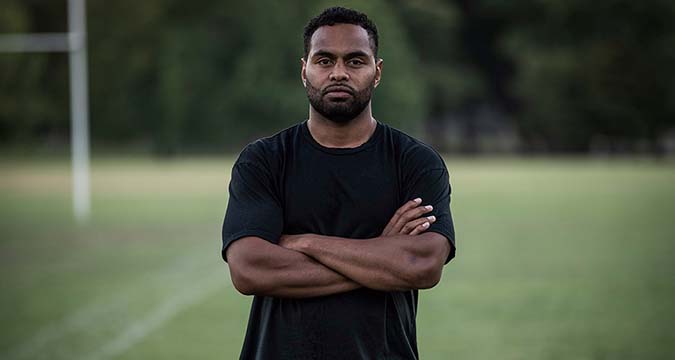 Having visited Salford for a successful Sunday afternoon showdown, Richard Agar’s men host Leigh on Thursday before a trip to Warrington next Monday, July 5.

Then it’s a Catalans double, at home on Friday, July 9 and away seven days later.

Friday-night matches against Salford (home on July 23) and Hull (away on July 30) complete the month before August arrives with two home games in five days, against Warrington on Monday 2 and Castleford on Friday 6.

That run of nine matches in 41 days follows more than four weeks without one.

The Salford clash was Leeds’ first winning 60-6 at Castleford on Friday, May 28. There was no match the following weekend because of the Challenge Cup semi-finals, then games at home to St Helens and away to Catalans (now rearranged) were called off due to Covid issues in the Rhinos camp.

Vuniyayawa, born in Fiji’s second-largest city Lautoka and signed from New Zealand Warriors on a one-year deal ahead of this season, was among those to test positive.

And the 26-year-old, who has played three times for his country despite making only five NRL appearances, admits it was a worrying time.

“It was difficult, especially being away from the family, who were shocked when they heard the news, and of course Covid is a worrying condition and getting it was unexpected,” he said.

“Self-isolating was tougher mentally than physically, but the boys and the coaching staff kept in daily touch and made sure I was okay.

“I came through all the protocols to return to training, and it’s been good to be back to the routine, and I’m ready to give my best.

“So are all the boys, and we were disappointed at those postponements, because we really wanted to kick on after that win at Castleford, where we really got our mojo together.

“Now we’ve got this big spell of matches, a bit of a make or break time for us, and we know it’s a massive opportunity for us to get some wins on the board.”

The game at Salford was originally due to take place on Friday, but was put back at Leeds’ request after they had Kruise Leeming and Matt Prior named in the Combined Nations All Stars squad to face England at Warrington on Friday.

Agar explained: “Take five players off us, plus the ones who’ve had Covid and our injuries, and we would not have been able to field a team on Friday.

“I have sympathy for Salford, they had to move a game which gave them less lead-in time for their game (at home to Wakefield) on Thursday.

“It put more stress and strain on them, but the bottom line for us is – through no fault of our own – is that we simply wouldn’t have been able to field a team.”