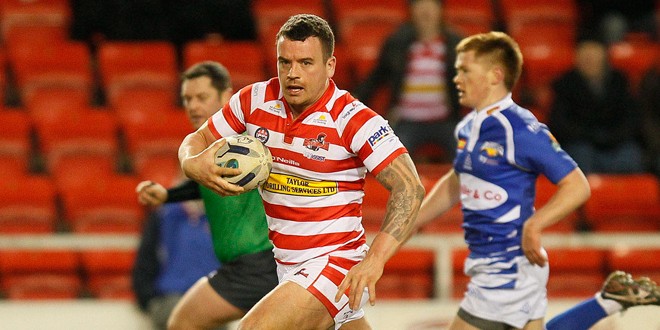 Penkywicz, who is already 38, will extend his career for another 12 months after signing a new deal.

The Hornets captain joined the club last year and has previously played for Halifax, Huddersfield, Leigh and Toronto.

“I’m made up to sign on for another year,” said Penkywicz.

“Obviously this season didn’t really get started for us all, and I didn’t want to finish off under those circumstances.

“I want to say thanks to Matt Calland and the board and hopefully we can have a successful season once we get started back up.”

Head coach Calland added: “Sean is a proven match-winner and always leads by example on the pitch.

“He reads the game really well and he’s coming to the twilight of his career now and I’m really excited he’s decided to play on for another season.”