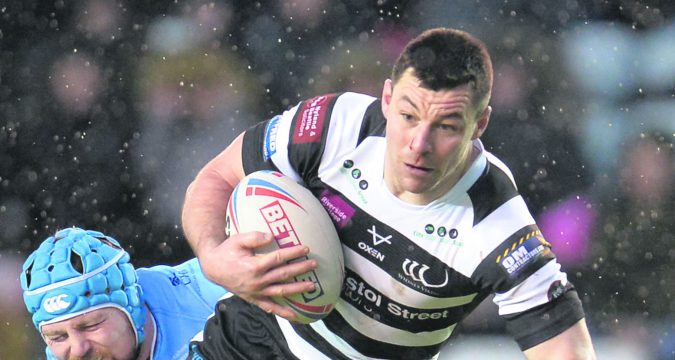 Widnes Vikings edged a see-saw encounter, which saw them come out as 28-16 victors over challenging Swinton Lions opposition.

Both sides traded sets ahead of the first score, which was provided by Jake Spedding. Jack Owens converted out-wide, giving the hosts an six-point lead.

Swinton hit back with two without reply, as Michael Butt, finishing a short-side play in the corner, and Lewis Hatton, burrowing his way over, both scored four-pointers.

Widnes ensured scores were level at half-time, as Jack Johnson cut in-field to dot the ball down.

Swinton’s ill-discipline caused them to concede twice in six minutes, as Kenny Baker and MacGraff Leuluai both charged over. Hansen converted one of these two, and also added a penalty goal, enhancing their lead to 12.

However, this tie was far from finished, as Rhodri Lloyd broke through a tackle, before providing Butt with his second – Hansen converted.

Widnes guaranteed victory with five remaining after two quick scores. Deon Cross crossed out-wide, with Joe Lyons adding his name to the score-sheet with in the penultimate minute.

A full match report from this game, including images, will be in Monday’s League Express.