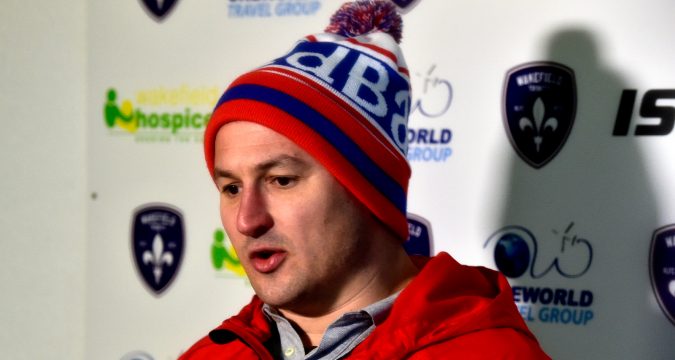 Wakefield coach Chris Chester has emerged as one of the leading candidates to become the new Scotland head coach, League Express can reveal – and he is likely to be supported in the role by leading Championship coach John Duffy as co-head coach.

Sources have told League Express that Chester, who has impressed during his two years in charge at Trinity, helping establish them as a top eight side, has applied and been interviewed regarding the vacant position.

And he is a strong contender among the field vying to officially succeed Steve McCormack – as is Duffy, with Scotland Rugby League impressed by both men’s credentials to such an extent that they are keen on making them both co-head coach.

The Bravehearts have been advertising the position for several weeks now, with talks and interviews taking place recently to determine who will succeed McCormack, the man who stepped down after last year’s World Cup following a decade in charge.

Furthermore, it is understood that Super League side Wakefield have given their blessing to Chester to take on the role if he is successful, so long as it does not impede on his work he is doing at club level.

Scotland are due to play a newly-revamped European Championship tournament this year – the details of which were revealed by League Express late last year.