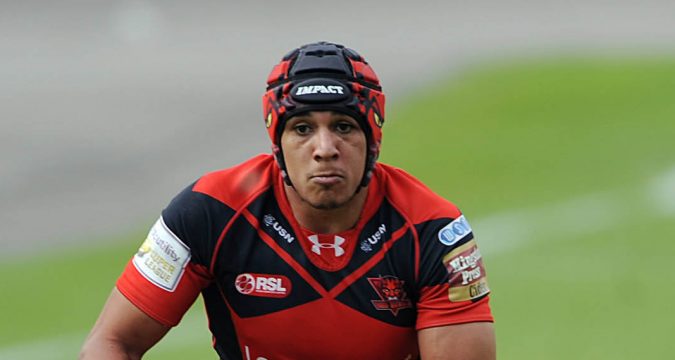 Wakefield have completed one of the signings of the off-season, bringing in Salford winger Ben Jones-Bishop on a one-year deal.

He is the latest big name signing to join Brian Smith’s side for next season, following the likes of Liam Finn, Anthony England and NRL stars Anthony Tupou and Tinirau Arona after escaping relegation in the Million Pound Game last month.

Wakefield are thought to have beat Hull FC to his signature, with the Humberside club believed to have been keen on signing the scrum-capped winger  after losing Tom Lineham to Warrington.

Massive thanks to the Salford fans for their support through a frustrating year. Despite some indifferent performances the support never….

Speaking on his move to Belle Vue, Jones-Bishop said: “I am very excited about the challenge that lies ahead at Wakefield and playing a role in helping the club build for the future.

Twitter was quick to react to the big news, with Wakefield Chairman Michael Carter one of the first to tweet about the club’s latest signing:

“A massive welcome to @BenJonesbishop it took some doing but got there in the end. Just the 25 tries next season please!!”

Wakefield head coach Brian Smith said “The Signing of Ben Jones-Bishop is another highlight of our preparations for progress in Super League in 2016.

“Young, fast and coming back home to West Yorkshire add a great feel to the qualities Ben will bring to our team.

“The try scoring and try saving potential through his speed and anticipation is an exciting prospect for all in the Wildcats army. Personally, I can’t wait to start working on the attacking combinations for Ben with players like Anthony Tupou with his offloads, Jacob Miller’s stepping breaks and the crafty passes and kicks of Liam Finn.

“This latest addition of talent and speed continues the Wildcats growth for the huge season ahead.”