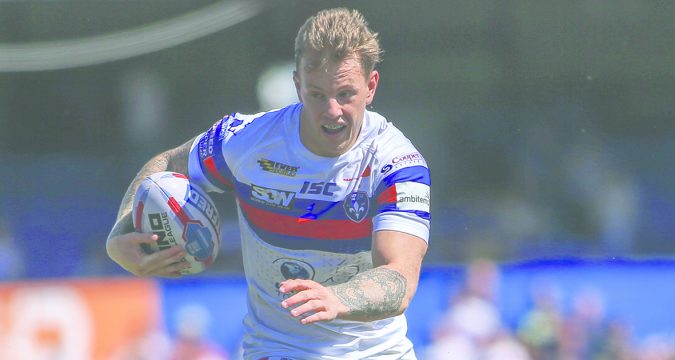 Wakefield duo Tom Johnstone and Reece Lyne have celebrated their inclusion in Super League’s Dream Team with first call-ups into England’s squad for the Test series against New Zealand.

The pair are among five uncapped players, with Luke Thompson, Joe Greenwood, Adam Milner the other three in the quintet.

Lyne, Greenwood and Milner have all been promoted from the England Knights setup, meaning they will not be available for the Knights tour of PNG later this year.

Six members of the World Cup final side have been ruled out through injury with Gareth Widdop, Kallum Watkins, Ryan Hall, Ben Currie, Alex Walmsley and James Roby all set to miss the series.

Roby is due to have surgery at the end of the season, but despite that, there is still no place in the squad for Paul McShane.