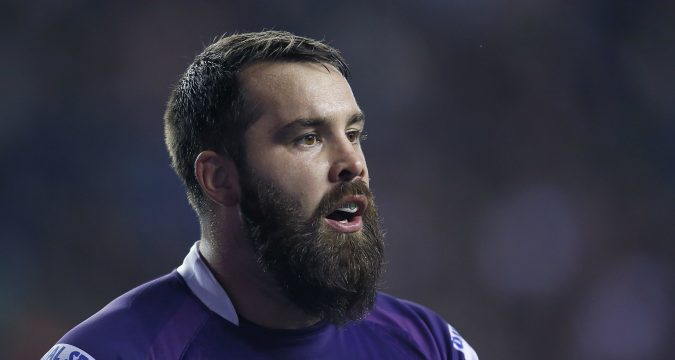 Wakefield Trinity have confirmed the signing of Craig Huby from Huddersfield Giants on a three-year deal.

The 30-year-old was two years into a four-year deal with the Giants after the joining Huddersfield from Castleford, however, he has been granted an early release from his contract to join Chris Chester’s side, with Huby set to stay at the club until the end of 2019.

His departure brings an end to the speculation linking him with a move away from Huddersfield. League Express reported two months ago that the forward had been told he could depart, with speculation earlier this week suggesting a move was near complete.

“It is a good change for me, I am just excited to get out there in training with the boys and start enjoying the game again,” Huby said.

“I just want to be able to go out there and do well for the boys and hopefully achieve something, including building on the success of last season.”

Chester added: “He is a top quality player, I cannot thank the Huddersfield club enough, and Michael Carter for the work he has put in over the last seven days. Craig is a great acquisition for the club and he gives us plenty of depth and competition to what is already a strong pack.

“I am starting to get very excited now, we just need the people of Wakefield to get behind us this season, it is a real show of intent from the club, he is a great player and certainly someone I am looking forward to working with in the future.”

Chairman Michael Carter commented: “I am really pleased to get Craig over the line. When we heard that he was possibly available, we acted quickly to try and entice Craig to our club. The fact that Craig was keen to come to us spoke volumes.

“I would like to thank Richard Thewlis and the Huddersfield club for their understanding in making this deal happen smoothly. Wakefield and Huddersfield have enjoyed a fantastic working relationship over the last two years and both clubs share similar views on the current game.

“Finally, I am genuinely excited by the squad we have put together for 2017. What we need now, is more fans to back what we are trying to achieve by purchasing their memberships, lottery lines and merchandise. We have a great opportunity to take that next step and, together, we need to grasp it with both hands.”