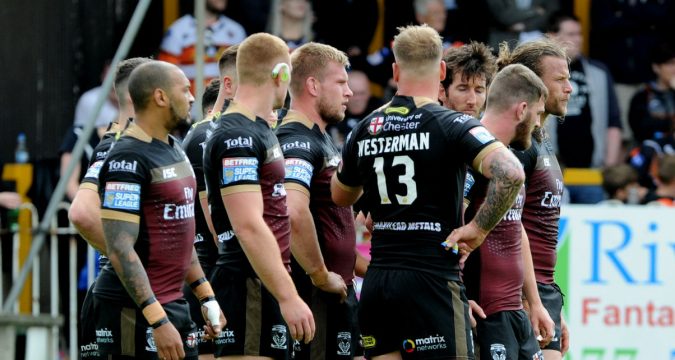 Warrington’s hierarchy have wasted little time beginning their search for a new head coach with senior club figures travelling to Australia to open talks with potential applicants for the job.

But perhaps they should look closer to home.

The Super League coaching merry-go-round has seen a different type of applicant head through the revolving doors in recent years. More precisely, they have been British.

The coaching line-up in the top flight has a more domestic flavour to that of previous years. Nine of the current head coaches in the top flight are British, with Rick Stone, Justin Holbrook and Smith the outsiders.

This is a far cry from just five years ago, when seven overseas coaches were involved in the Super League scene.

But the change in approach from clubs follows a realisation that long-term stability is key. Inevitably home-grown coaches are more likely to provide that for numerous reasons.

Clubs that have backed domestic coaches have been rewarded. Daryl Powell’s success at Castleford is the most obvious evidence, but then you have Chris Chester, Ian Watson and before that there is Shaun Wane, Brian McDermott and many more.

Therefore, there’s enough evidence to suggest that Warrington may not go far wrong in following this recent trend that started since they were last on the lookout for a new coach.

If they wonder where they should look for that ilk of coach, the Championship would be a perfect start.

In the last several years a number of coaches have impressed in the lower leagues.

There are some obvious names.

Andrew Henderson has already been heavily tipped to be in the running for the Wolves job and his work at London warrants that.

Henderson picked the Broncos up from their lowest point in years and has transformed them into a side that has not only competed with Super League teams, but has been very unlucky not to come away with results. Perhaps more impressively, he has helped turn the club into a well-run outfit having been without direction and without guidance at the latter end of their Super League stay and their initial year in the Championship. The job at Warrington would be tough, but nothing like that of the one in the capital.

Then there is Richard Marshall, who has done a superb job at Halifax during his three years in charge. Marshall left Warrington to join Fax, having spent a number of years as part of the coaching staff at Warrington. Marshall was rated highly during his time at the club, and his work away from Super League won’t have gone unnoticed.

A third coach who has caught the eye is Alan Kilshaw. The Rochdale chief has, in just two years, made a name for himself, having first earned promotion from League 1 before consolidating their place in the Championship this year.

Like Marshall, he has spent time at Warrington, seven years to be precise, and worked with players who are widely seen as the future at the Wolves, such as Declan Patton and Harvey Livett. Their dual-registration link-up with Warrington will have given Kilshaw and his methods some exposure too, with his ruthless style perhaps seen as a preference.

The aforementioned trio have all enjoyed success in their careers and for any Super League club not to consider that would be unwise.

Perceptions surrounding the Championship have changed in recent years, and Warrington could go a long way to enhancing that further.