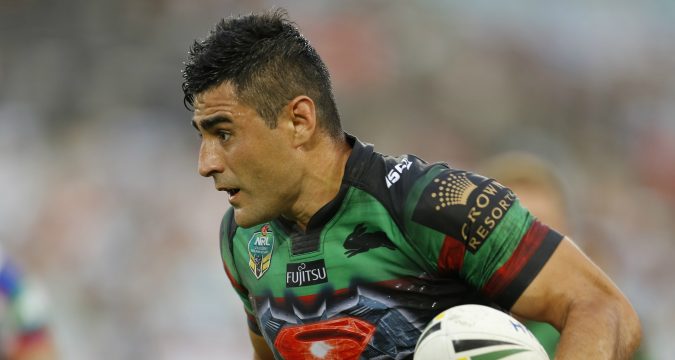 Warrington Wolves have completed the signing of Bryson Goodwin.

Goodwin, a World Cup Finalist in 2013 with New Zealand, has joined the club on a two-year after the Wolves purchased his contract from Leigh Centurions.

The centre had agreed to join Leigh next year, but the Wolves have paid a “substanial” fee to purchase his contract from the Centurions.

Warrington were facing a centre crisis moving into next season after Peta Hiku was granted a release to join New Zealand Warriors while Rhys Evans had also agreed to leave the club.

But they have now landed Goodwin, who has been a regular and consistent for the Rabbitohs throughout his stay at the club.

Goodwin was offered an opportunity to stay in the NRL, but decided to try his hand in Super League, something he will now do in primrose and blue.

Chief executive Karl Fitzpatrick said: “We spoke to Bryson earlier in the year and have been aware of his abilities for some time, when we lost Peta we approached Leigh with an offer and fortunately they accepted. Bryson has got outstanding leadership qualities both off and on the pitch and will be a real asset to the team and culture we want to create. His reputation in the NRL is first class and with his international experience he’ll add real value to the club.”

Goodwin added: “I’ve only heard really good things about Warrington from past players who have played at the club. I also spoke to Sam Burgess and he only had good words to say too. Everyone knows it’s a big club and I’m looking forward to joining.

“I really like the Super League; I’ve been watching a lot of it recently since I signed over there and from what I’ve seen it’s a really good competition and is getting better and better every year. The quality is high and am looking forward to playing in it.

“I’ve played a fair bit now so I will look to bring that experience and hopefully add something in both defence and attack, and play some good football.

“I’m looking forward to meeting the players and staff at Warrington and getting to know the members and fans of the club too, and then ripping into training. With a new coach to come on board as well it’s a fresh start for Warrington which is good.”

Buy League Express today for the latest two other targets Warrington have their sights on.