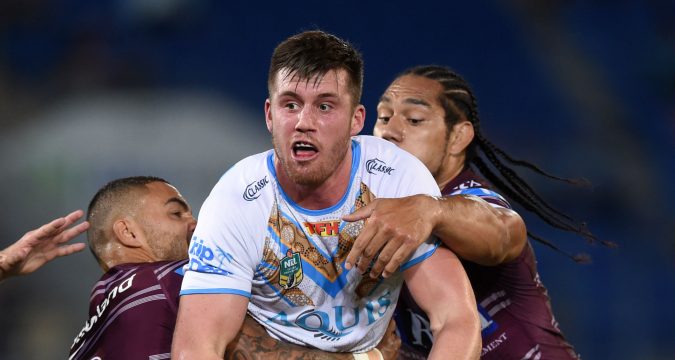 Wigan Warriors have completed the signing of Joe Greenwood on an immediate basis.

As first revealed by League Express, the former St Helens back-rower has joined the club having signed a three-and-a-half year deal with the Warriors.

The 25-year-old made the move to the NRL last year and made 22 appearances for Gold Coast Titans.

But he has failed to feature this season and has made his return to Super League with the Warriors.

“I am really pleased to have signed a long-term deal for Wigan and to move on to the next chapter in my career,” he said.

“Wigan is a massive club and speaking a few times to Ian Lenagan and Kris Radlinski I felt it was the right decision to make and a great opportunity for me. I can’t wait to get over there and get stuck into the business end of the season.”

Kris Radlinski added: “At 6 foot 3 inches and weighing 110kgs he is a big athlete who always caused us problems when he played for St. Helens and I’m very excited to see him in a Wigan shirt. Joe is a great addition to our squad and we look forward to welcoming him here.

“We have not got an arrival date yet as Joe has to sort out a few things in Australia but we anticipate that he will be with us towards the end of the month.”