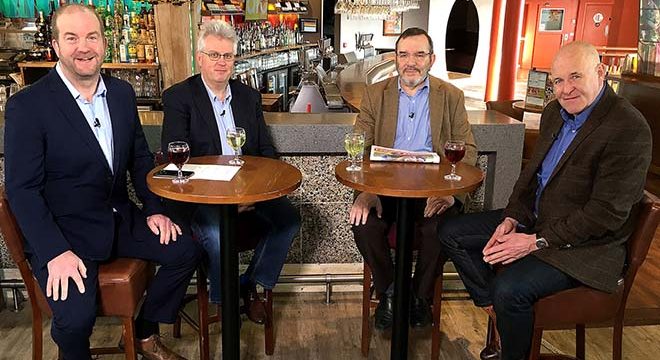 Watch the first edition of the new series of Rugby League Back Chat now on TotalRL.com

The guests are League Express editor Martyn Sadler, Chris Irvine of The Times and Danny Lockwood, the publisher of League Weekly.

The discussion is chaired by Dave Woods, the BBC’s Rugby League correspondent.

Topics covered include a review of the start of the Super League season at all levels of the game, a look back to the World Club Challenge and the visit of Wigan and Hull FC to Australia, the rise of the London Broncos, England’s forthcoming game in Denver, the apparent dispute between Super League and the Championship and League 1 clubs and the likelihood of the Hearns’ Matchroom Sports organisation getting involved in the promotion of the game.

Rugby League Back Chat, sponsored by TotalRL.com, is broadcast every Thursday on FreeSports TV, which can be found at Channel 95 on Freeview or 424 on the Sky platform. The hour-long programme is repeated several times over the weekend (check listings) and will appear here on the TotalRL.com website from 9.00am on Saturdays.

Tell us what you thought of the show, or any of the topics raised, by joining the TotalRL.com Fans Forum. Click here to read what others have had to say about Back Chat.