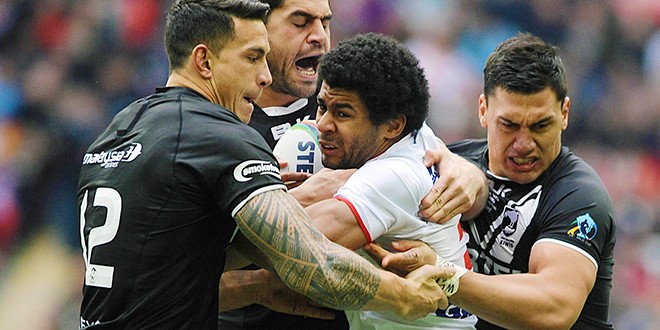 Leeds Rhinos and England centre Kallum Watkins admits he’s looking forward to experiencing the intensity of a Test series for the first time – given how he was only a teenager and a fan the last time it happened.

England/Great Britain haven’t played a Test series since 2007, when GB beat the Kiwis 3-0 in the year Sam Burgess broke through onto the international scene.

Watkins was watching on back then, but this time he will play a key role as England look to knock off the world’s top-ranked side.

“I was playing Under-18s that year (2007) with Leeds so had watched us win the Grand Final and then did go over to that one game at Hull,” recalled Watkins, who debuted with Rhinos the following campaign.

“Rob (Burrow) got player of the series, I think, but that was me as a fan and still watching players I’d watched for years, playing as a Great Britain side and beating the Kiwis. They are experiences I wanted to be part of and the opportunity’s come now so I’m looking forward to it.

“Going back in the day as a kid, I watched a lot of the Test series against Australia and New Zealand. For me, it’s very exciting and I’m looking forward to it; it will be a huge challenge having to play the Kiwis three times in a row.”